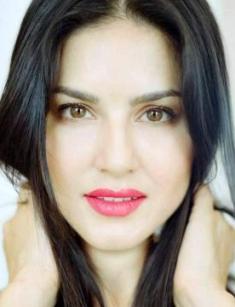 Few pornographic actresses manage to leave the adult movie industry and continue their career in full-fledged cinematography. The Canadian actress of the Indian origin Sunny Leone is one of them. Several years of pornographic movies did not prevent her from going beyond the genre and appearing in something different from bedroom scenes.

Karenjit Kaur Vohra was born in Sarnia, Ontario. Her parents lived in India; the mother came from Nahan, and the Tibet-born father grew up in Delhi. The girl was a tomboy and made friends with boys mostly; she was fond of sports and played hockey. The family followed the Sikh traditions but sent Sunny to a Catholic school because she would be safer there.

When the daughter turned 13, the parents received a green card and moved to the United States. Sunny used to live in a small town in Michigan and then moved to Lake Forest, California: the grandparents resided there and dreamed of the family reunion.

In 2001, the woman shot for Penthouse and became its Pet of the Month in March; photo shoots for Hustler and other X-rated magazines followed soon.

In 2009, the actress founded her own studio Sunlust Pictures and started working with other companies producing adult content. Although her ratings were high, Sunny Leone got tired of the pornographic industry and announced she left it in 2013.

A small part in Shootout at Wadala followed. Jackpot (2013) brought the lead role of a femme fatal, but the beauty’s appearance did not save the project: critics’ reviews left much to be desired.

Ragini MMS 2 came out only in 2014. Both critics and ordinary viewers liked the movie; Sunny was praised for her skillful acting. The project did not earn much recognition outside Bollywood, though; its ratings on imdb.com are low.

Besides, Sunny has tried herself in different genres: dramas, thriller, comedies. In 2016, one could see her in the comedy Mastizaade on the “adult” topic: the dependence on sex. By the way, Leone’s task was twice as hard: she played twin sisters. Apart from that, the woman often participated in movies as a dancer and singer.

Sunny was eleven years old when her first kiss happened; she was 16 when she lost virginity with a school basketball team player. At the age of 18, the actress realized she was bisexual but preferred men.

In the mid-2000s, the woman dated Russell Peters, the Canadian comedian of the Indian origin; the couple broke up in 2007. Further on, Leone began to see Matt Erikson, the vice president of marketing at Playboy Enterprises; they used to be engaged but broke up in 2008.

In 2011, the actress married the musician Daniel Weber from the group The Disparrows. In 2017, they adopted a girl from Latur, Nisha. The twin sons Noah and Asher were born six months later; a surrogate mother gave birth to them.

Leone is an active supporter of the PETA organization protecting animals and their rights. In 2013, the actress organized a campaign and encouraged people to have their pets neutered and spayed; she gave an interview and emphasized this measure would reduce the number of stray animals and have a positive effect on pets’ health. In 2016, PETA called Sunny Leone Person of the Year.

The artist has an Instagram page; there are no explicit pictures there, despite Leone’s past. One can see professional photos and home moments with children there.

In 2018, Sunny participated in the epic historical drama Veeramadevi and presented an autobiographical web-series Karenjit Kaur – The Untold Story of Sunny Leone.

In 2019, several projects with the actress have been announced: the comedy Rangeela, the action Tina and Lolo, and the comedy melodrama Arjun Patiala.

The woman describes herself as a Sikh. She left Canada for Mumbai and settled in a new house with her husband and children in September 2018.