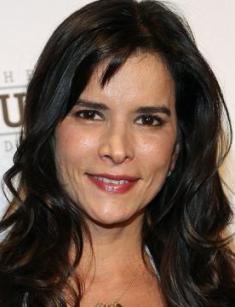 The incredibly versatile career of the Venezuelan beauty, Patricia Velásquez, confirms the statement "A talented person is talented in everything." The talented woman became a world-famous model and actress. Besides, she is a public figure who produces her line of cosmetics and writes books.

The future star who was born in a poor family managed to achieve dizzying success in her youth, be dubbed the “first Latina supermodel,” work with the best fashion houses, Gucci, Dolce & Gabbana, Versace, Chanel, Carolina Herrera, and also star in the Hollywood blockbusters The Mummy and The Mummy Returns.

Patricia Carola Velásquez Semprún was born in Maracaibo, one of the largest cities in Venezuela, on January 31, 1971. The girl grew up in a family of teachers and had five brothers and sisters. Although the family was not wealthy, they were friendly and happy. Having become famous, the actress told in an interview how she and her family had to carry water on the 15th floor every day due to problems with the water supply and elevator.

Thanks to the father’s job, they managed to live in Paris and Mexico. However, before entering college, the girl returned to her homeland to study engineering. During her student years, Patricia began to pursue a modeling career.

Young Velásquez’s classmate and friend saw the girl’s skills and sent her photos to a local modeling agency. Until that moment, Patricia was actively involved in dancing and was going to connect her life with it. But life had other plans; modeling agencies liked the student’s appearance and figure. At the age of 17, she already participated in the fashion show for Dolce & Gabbana.

The girl became successful rapidly, and she was showered with offers of designers from around the world, including Japan, the UK, Italy, France, Spain. Exotic face made Patricia a Latin American runway star. At the age of 18, Velásquez took part in the Miss Venezuela 1989 contest and finished seventh.

During her modeling career, the woman took part in the advertising for Chanel and Roberto Verino's fragrances, posed in lingerie and a bikini for Victoria's Secret catalog, and also appeared on the cover of fashion magazines such as Bazaar, Vogue and Marie Claire.

In 1997, the model decided to quit the modeling career and devote herself to work in the film industry. She began to attend acting classes, which helped her to pave a new career path. Nevertheless, the woman has always said kind words about these years of her life, calling this period extremely interesting and fruitful.

At first, Velásquez thought that it was trivial to become an actress after completing a modeling career. For a while, she even thought about continuing to develop an engineering career. Patricia first appeared in a feature film in 1996. She played a heroine named Maya in the French adventure comedy Le Jaguar, starring Jean Reno and Patrick Bruel.

Although the movie showed everything in a funny manner, it pushed important issues about the future of the Amazon forests and local Indians. The actress, who was a distant descendant of the Wayuu tribe, eagerly agreed to work. However, the woman had made an acting debut four years earlier, when she appeared in the video for the song “Breaking the Girl” of the American rock band Red Hot Chili Peppers.

Next time, the beginning actress played in a movie only in 1999. She landed a minor role in the fantasy-horror movie Beowulf directed by Graham Baker, based on the Old English epic poem of the same name, created in the 8th century. Film critics were skeptical because of corny dialogs, unprofessional acting, and deviations from the source material.

Velásquez made a breakthrough the same year. She played Pharaoh's concubine Anck-Su-Namun, who sacrificed her life for her beloved man in the adventure movie The Mummy, starring Brendan Fraser and Rachel Weisz.

It was initially a low-budget horror, but the movie turned into a popular and commercially successful project. Two years later, the second part, entitled The Mummy Returns, premiered, which also received positive reviewers.

The filmography of the actress also has bit parts in TV series of different genres, including The L Word (about the life of lesbians in Los Angeles), Save me (about the work of firefighters), Arrested Development (about former rich people trying to roar back) and others.

Patricia has also played on the stage. She was a judge on reality television series and competitions, a guest in the legendary Oprah Winfrey Show, and even produced films.

Patricia Velásquez is an open lesbian and the first model of Latin origin, who has come out as gay. She first revealed the details of her personal life and orientation in 2015, publishing an autobiographical book called “Straight Walk.” The actress told about an impoverished childhood, her way to the stardom and relations with her girlfriend Sandra Bernhard, a famous American singer and comedian.

Their love story was tragic because Velásquez fell madly in love with Bernhard, who at that time was in a relationship with pop singer Madonna. According to the model, Sandra was her first same-sex partner with whom she kissed. Bernhard helped the model to understand her sexual orientation completely.

Patricia wrote in the book that she experienced the strongest feelings for the American woman and suffered after parting for two years. She also admitted that she had tried to build relationships with men, but no good could come of it. The woman has no children.

Velásquez is an active Instagram user; she posts the results of her social activities (she is the UNESCO Goodwill Ambassador, as well as the creator of the Wayuu Taya nonprofit fund, which improves the living conditions of indigenous groups), photos of traveling and filming. The actress has an amazing figure and appearance (she is 5.8 ft. (177 cm) tall, weighing 130.07 lbs. (59 kg)).

The actress has played one of the title roles in aspiring director Michael Chaves’s detective horror film The Curse of La Llorona, which is currently in the works.

The movie tells about the vengeful ghost, La Llorona, who drowned his children. It is scheduled to premiere on April 18, 2019.

Patricia Velásquez has an estimated net worth of $800,000.