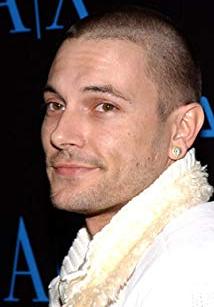 The Fresno native, Kevin Federline is one of the most notorious pop culture figures of the 2000s. He became widely known after his marriage with Britney Spears. Thanks to that he took part in the TV show Chaotic and launched a career of rapper and actor. Federline worked as a pizza delivery boy and a dancer, performing in the live shows of various pop acts. Kevin is married to Victoria Prince. He is a father of six children. The net worth of Federline is estimated at $8.5 million.

The birthplace of Kevin was Fresno, located in the state of California. He was born to his parents in 1978. They were rather a middle-class family, as Kevin’s father worked in a car service, while his mother had a career of a bank employee. When little Federline was eight years old, his parents broke down, and Kevin moved to Nevada with his mother.

He lived there for three years before returning to Fresno, where he reunited with his father. Kevin didn’t graduate from high school, as he decided to start dancing career. He dropped out in the ninth grade, received GED diploma, and soon joined Dance Empowerment. Over the years Kevin was a dance team’s members of a lot of pop icons of 1990s and 2000s.

In 2001 Kevin appeared as a dancer in some TV Shows. He started with the ABC’s The Drew Carey Show and The WB’s Nikki. In 2004 Kevin married Britney Spears. That event helped him to develop his popularity, however in a very controversial manner. The wedding circumstances, the nonstop press, the disparity of fame between spouses, and Kevin’s questionable skills and credibility as a rapper made him an easy, and frequent, target of ridicule.

Federline’s parodies popped up on the Internet and TV shows such as SNL, Mad TV, Family Guy, and The Soup. Soon, he tried himself in music industry. He recorded his first songs in the spouses’ home studio. Then several of his projects appeared on the Internet. The people rated his first tracks of 2005 and 2006 very low. Kevin was criticized a lot for his pure lyrics and decided to exclude those songs from the scheduled album.

Kevin released his first official single, called "Lose Control" in 2006, performing on the Teen Choice Awards. At the end of that year, he debuted with album “Playing with Fire”, his first and the only album. Preparing for its release, Federline appeared in episodes of CSI and WWE Raw.

The same year California clothing company signed Kevin to feature him as part of its newest clothing line. He signed to be toe frontman for the Blue Marlin clothing company of San Francisco's upcoming Five Star Vintage clothing line. In 2007 – 2012 he made some more small appearances on TV, such as Lollipop Love Dancer in The Onion Movie or Jason “J-Fed” Federline in One Tree Hill.

In 2007 K-Fed appeared as a hip-hop VIP in a Super Bowl commercial. Federline was fully aware that he's a bit of a joke because the ad cut to the former backup dancer working in a fast-food restaurant being scolded by the manager.

In 2009 Kevin Federline signed on for the season of Celebrity Fit Club to shed the massive pounds he had gained since his backup dancer days. Then nicknamed K-Fat in the tabloid media, Federline hoped to regain his former svelte body on the VH1 weight-loss reality show. In 2012 Kevin had suspicions of a heart attack. He was treated for chest pains during a challenge for weight-loss show Excess Baggage.

Kevin received wide acclaim thanks to his love affairs. In 2001 he tied the knot with American singer and actor, Shar Jackson. Kevin left Shar when they were expecting their second baby. The first girl Kori appeared in July 2002. Jackson stayed pregnant with a baby on her hands.

In April 2004 Kevin started dating a pop diva Britney Spears. The pair announced their engagement in late June 2004. In July, Kevin’s ex-wife, Shar gave birth to their son Kaleb. In September the Spears and Federline held a private wedding ceremony with only about 20 to 30 guests on hand. In 2005 and 2006 Britney and Kevin welcomed two sons, Sean and Jayden.

After two years of marriage, Britney decided to divorce the former dancer. Kevin didn’t expect such a development. The pair began the fight for their child custody. Britney was the first to petition for her sole custody, but Kevin filed a counterclaim. In March 2007 the spouses found the agreement and divorced in July. Some months later the court granted Kevin sole custody of Sean and Jayden. But Spears had an opportunity to improve her rights over time.

In the 2010s the pair shared custody 50-50. In September 2018, Spears and Federline reached a settlement after a long, public battle over child support. In 2019 they have made changes to their agreement. Federline received custody of the boys 70% of the time, while Spears got 30% unsupervised rights. The couple amended the agreement in docs filed in August.

The current wife of Federline is Victoria Prince. The couple started dating in 2008 and tied the knot in 2013. Victoria has also become the mother of two Kevin’s daughters, Jordan in 2011 and Peyton in 2014. All in all, Kevin has six children from three various women.