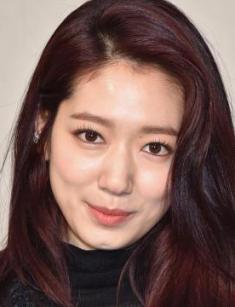 Each series has its own viewer. Russian homemakers are delighted watching Brazilian projects, filled with passion, sun, and warmth. It is not for nothing that in 2019 the U channel showed the cult series Tropicaliente 25 years after its release. Young and older people are still mad keen on American projects: Sex and the City, Friends, The Big Bang Theory, that's why they have become timeless classics. Korean dramas are good for lovers of romantic stories, landscapes, national color, and their main star, Park Shin-hye.

Park Shin-hye was born on February 18, 1990, in Gwangju. One of the styles of Korean poetry appeared in this city which became famous for two revolts in 1929 and 1980.

From an early age, the girl dreamed of different professions. At first, of course, the young dancer thought of acting. Then she decided to learn the most important craft, to become a good mother for her children and a faithful wife for the chosen one. She saw the example of her parents, who respected and loved each other throughout their lives.

After the incident with the robbery at home and the police who arrived at the scene of the crime, Park decided that law enforcement officers were a very worthy role model. Singer Lee Seung-hwan helped the girl to work out this issue, having announced the audition for a music video for her single "Flower."

The organizers liked the photo sent by Shin-hye’s classmate when they were in the 6th grade and invited her to the project. The shooting took place in Seoul, and the whole family, including her older brother, who later also started a creative career, moved there. When Elle correspondents asked her about the favorite games in childhood, the actress said that she liked water guns. And her clothing preferences have not changed since then, and the girl wears pants instead of skirts.

As for education, after graduating from Youngpa Girls' High School, Park Shin-hye chose prestigious Chung-Ang University, where she graduated with a degree in Theater and learned to play the guitar and gayageum. When she recalled the student years, Park shared an interesting fact that her groupmates nicknamed the girl “Park Pig” because of her fondness for food. Park was good at studying, and regular participation in public life did not affect academic performance.

The first role and immediately stunning success was Shin-hye’s debut in the TV series Stairway to Heaven, directed by Lee Jang-soo and named after the hit song of the iconic band Led Zeppelin. Later, the director offered Park to collaborate in Tree of Heaven, which increased the popularity of the novice actress and made her the face of commercials.

The thriller Evil Twin made the actress, who played the leading role, world-famous and brought her numerous contracts with modeling agencies. Moreover, her dream came true, and Park could play in a historical film. The romantic movie Cyrano Agency about the dating agency, that helps clients win the hearts of the people they desire, earned her the Baeksang Arts Awards.

Casual acquaintances often evolve into something more significant. For example, in Heartstrings, in which Shin-hye played Lee Gyu-won, she was lucky to make friends with colleague Jung Yong-hwa, who later became the primary mentor in the musical field. It is known that the girl got into a car accident, returning home from the filming of this series, and doctors had to put in stitches.

Later, the actress’s filmography included the drama The Heirs, which earned her several awards, Pinocchio, and The Doctors. At first, it seems that the acting career of the Korean woman has been cloudless. But the star admitted that there was a time when she did not want to do anything and felt that she devoted too much time to boring work.

The actress has also participated in advertising campaigns of famous brands (Nike, Visa, Lacoste), a reality show, and done charity work. She supported the victims of the earthquake in Japan, was a social worker in Nepal, and once spent her income on food for the poor.

The celebrity does not like to tell about her personal life, and she prefers not to make it public. But the paparazzi quite successfully cope with this task, constantly writing about the love affairs of the charming slender beauty (she is 5.51 ft. (168 cm) tall, weighing about 114.64 lbs. (52 kg)) with her colleagues.

They first paid attention to Kim Woo-bin and Lee Min-ho, who starred with Park in The Heirs. To put an end to these rumors, the young people had to rebut journalists’ assumptions.

For a long time, they claimed that Park Shin-hye's boyfriend was Lee Jong-suk. They often noticed the couple, participating in the photoshoots or walking together. But, according to celebrities, they are only friends. The star has admitted more than once that she cannot date men for a long time, relationships become a burden, and the reason for this is excessive devotion and concentration at work.

“You don’t meet someone just because you like them. You have to put in that much effort and time into it, but if both of us end up not doing so. Then it becomes hard. I can’t focus on other things if I have works to do, so I end up not contacting my family and friends as much. I once thought about marrying early, but I naturally parted from that feeling as I had more projects to work on.” the actress said.

In the spring of 2018, the actress's agents confirmed the information that the Korean woman had a boyfriend named Choi Tae-joon. The lovers met at the university and began dating at the end of 2017.

On December 1, 2018, the new series with Shin-hye and Hyun Bin, Memories of the Alhambra, was released. To prepare for the role, Park began to study Spanish and read a lot of books about attractions.

A little earlier, in the autumn of that year, it became known that the girl would play in the horror movie Call, which was scheduled to premiere in 2019.

The actress is very popular not only in the film industry but also on social media. In January 2019, there were more than 9 million subscribers on her Instagram page. They keep a wary eye on the life of their favorite actress, seeing her photos.

Park Shin-hye has an estimated net worth of $3 million.