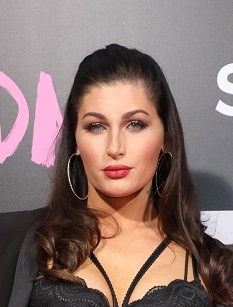 Trace Lysette is an American actress who gained recognition after her appearance as Shea on the television series Transparent, where she is still starring. By the way, Trace is a transgender woman who was one of the first trans people to play non-trans roles.

Trace Lysette was born in Ohio in 1987. When she was a teenager, she worked as a showgirl in various bars in her native state. Besides dancing, she also was occupied as a hairstylist and makeup artist before she started her acting career. During her time in high school, Lysette had many troubles. She changed her education places a few times because the atmosphere was not friendly, and there were a lot of fights.

There is no information about Lysette’s relatives, but in one of her interviews, she said that she had faced the rejection from her family after her coming out.

Lysette made her television debut in 2013 when she appeared in the series Law & Order: SVU. She became one of the first transgender people to have a non-transgender speaking part.

The actress had more non-transgender roles, and after this, she decided to come out when she was at her audition for the series Transparent. Lysette auditioned for the part of Davina but Jill Soloway, the creator of the series, wrote the role of Shea especially for Trace. So, since 2014, Lysette has been playing Shea, a trans teacher of yoga and also a friend of Maura Pfefferman who is depicted by Jeffrey Tambor. In the third season there is a storyline about Shea having a relationship with a cisgender heterosexual man, Josh Pfefferman played by Jay Duplass. It was a significant television moment for a transgender character.

In 2017, while filming a traumatic scene in freezing temperatures, Trace screamed herself hoarse, and it was so emotional that the actress got huge shout-outs from famous people like Sia and eventually, Lysette scored an Emmy nomination. However, Trace had not only pleasant moments at work. Also in 2017, she accused the main actor, Jeffrey Tambor, in sexual assault and generally abusive behavior. Lysette was the second trans woman to do that, the first one was Van Barnes, who used to work as Tambor's personal assistant.

Lysette also had some guest roles in various series, including Blunt Talk (2015–2016) and Drunk History (2016–2019). Besides, she also appeared in the documentary series I Am Cait. In 2017, Trace and other transgender actors and actresses, including Jamie Clayton, took part in the project of Jen Richards. It was a filmed letter to Hollywood, where these artists asked for improvement of roles for transgender people.

When did Lysette change her gender? As the actress says, it was hard for her to transform from man to female. Before surgery, she worked in Bloomingdale, where she was not allowed to use ladies rest-room. Eventually, she got sick of it, quit her job and went to Thailand, where she had bottom surgery. After this, Lysette came back and worked as a dancer in strip-clubs in Manhattan before she got the role in the Transparent.

In 2017, Adam Levine released the video for his single Girls Like You feat. Cardi B. Lysette appeared in this clip. The actress posted her emotions on the Instagram page – she was delighted to be a part of it!