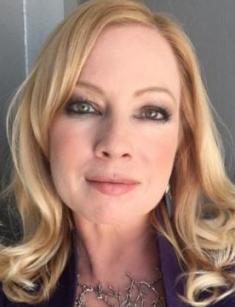 Nora Louise Kuzma (the real name of the actress) was born on May 7, 1968, in Ohio. In addition to her, three more daughters grew up in the family. Traci's parents were far from ideal, and the girl did not know the life in a calm and peaceful home. When the future star of television screens turned seven years old, her mother filed for divorce, being tired of beating and drunken brawls of her husband.

However, the court held that the unfortunate father had the right to see the children once a week. The daughters were unlikely to be happy about such a decision, but there was nowhere to go, and the girls spent every weekend with their father. Traci recalled that the man cared little for family life. The little girl was shocked that he enjoyed his life, while they could hardly provide for a living.

The mother did not also have time for raising the girls. The woman improved her personal life and spent less and less time at home with her children. In the end, the family moved to California with the mother’s new lover, Roger Hayes. The adoptive father sold and used drugs.

The parents spent time, solving their problems, so when at the age of 10, Traci was raped by a school friend, the girl kept the incident a secret. According to the actress, she matured early. Young Lords was forced to get a first abortion at an early age. Moreover, Roger, her mother's friend, helped her to do it. He also provided the stepdaughter with fake documents. So, 15-year-old Nora became 22-year-old Kristie Elizabeth Nussman.

By the way, her work in popular magazines did not go unnoticed. Traci’s classmate recognized the girl in the center spread. After that, the schoolgirl dropped out of the school and did not return there.

At the end of May 1986, authorities became aware that Traci Lords had fake documents during filming. Soon the scandal exploded, and the press claimed that the girl was the victim of business tycoons.

However, the investigation revealed that the employers did not know the real age of the actress. The only solution was a withdrawal of all hardcore material, featuring Traci. All the movies in which the girl had starred before coming of age were considered propaganda of child pornography.

The only legally available film was the last project Traci, I Love You, shot a few days after her 18th birthday. Lords acted as a producer and sold the rights to the movie for $ 100,000. There were rumors that it was the actress who made a fuss, making an agreement with the authorities, but Traci categorically denied the speculation.

Traci played a bit part in the series Wiseguy. It was followed by the character of a nurse in the feature film Not of This Earth. The movie was a box office flop, but critics decided that Traci Lords could be considered a mainstream actress.

Tired of hiding her past, in 1988 the woman officially changed her name to Traci Lords. Then her career continued to develop. Traci played mainly in low-budget B movies, but she also appeared in Blade, the series First Wave, Married… with Children.

In addition to acting, Traci also has singing skills. She recorded several singles, including "Control" that became the soundtrack to the film Mortal Kombat. In 1995, the star released the album 1000 Fires.

The actress told a life story in the autobiography "Traci Lords: Underneath It All," published in 2003. The book was included on The New York Times Best Seller list.

Unlike the scandalous past and sex scenes, Traci’s personal life has not been well covered in the press.

It is known that the beautiful woman has been married three times. The first husband was actor Brook Yeaton. The couple lived together from 1990 to 1996. The second lover was film composer Ryan Granger. However, the marriage lasted only a year, from 1999 to 2000.

Nowadays, the chosen one of the scandalous former actress is Jeff Lee. The lovers married in 2002, and in October 2007 Traci gave birth to the first and only son, Joseph Gunnar Lee.

The actress continues to play in television series and is constantly choosing new projects. Traci looks great and still keeps fit. She is 5.57 ft. (170 cm) tall, the weight of the actress is 119.05 lbs. (54 kg). It is not surprising that in 2017, Traci participated in Helmut Lang's fashion campaign.

On Twitter, Lords shares with fans the latest news of her career. In 2018, she announced the release of each episode of Swedish Dicks, in which the woman played a role. The first season of the television series was released in the USA in 2017 and was renewed for the second season.

In May 2018, Lords released the single "Come Alive" in celebration of her 50th birthday. The star explained that the song was a gift for all fans.

Traci Lords has a net worth of $7 million.