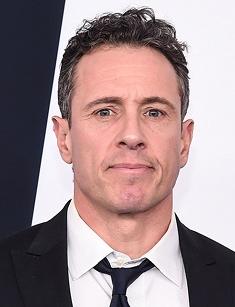 The American journalist who was a demanded lawyer but decided to pursue the career of a journalist. He didn’t follow his father’s footsteps and refused service for people as a politician. Instead, Chris tries to help people as loyal journalist.

The journalist was born into a big family. He is the youngest child; Chris has got five siblings. When he was twelve, his father became an elected governor in New York. His father was a real workaholic and often absent, that’s why Chris was raised mostly by his elder brother. He graduated from college with a bachelor degree in law. After graduation, Chris began the career of a lawyer and proved to be one of the most sought-after bachelors.

His career as a lawyer was in the best way, but Chris found that not satisfactory and decided to pursue a career in journalism. His well-known reputation come in handy and allowed him to get a temporary gig on the TV show in 1997. Then he worked as a co-host and reporter. In 2000 the journalist was hired by newsmagazine 20/20 and became the youngest correspondent. Producers of the magazine hoped that Chris would attract the younger audience for the show. In 2006 he became a news anchor of the morning show, and some years later he became a co-host on 20/20.

Chris focuses on controversial social issues, heroin addiction, child custody, bullying, homeless teens. He analyzed the most important international and national political news, covered the war on terrorism. Besides, Chris considered press events and social issues. Thus he stated that more than three thousand girls were called Khaleesi or Daenerys in honor of the bright personage of the famous TV series. But people chose this name before the ending of the TV series and didn’t know her dark turn. The journalist and his co-host Don Lemon asked parents whether they regretted of choosing this name.

His annual salary is about $2,5 million, which made him the most highly paid anchor on CNN. His net worth is $9 million.

In 2013 he became a journalist of CNN, Chris managed to stand out as an amid personality. He is known for the criticism of the presidential campaign of Donald Trump. After hard work and several trials run, the reporter got his weekday 9 p.m. program in 2018. His show reduced prime-time show of Anderson Copper, which show had sagging ratings. Before the work on this show, Chris was a co-host of the morning show. There is a video of his emotional goodbye on the Internet.

Chris has got a bright appearance and towering height and was included in the list of most beautiful people by the magazine People. When Chris decided to become a journalist, his family accepted this decision with skepticism. His brother is the current governor of New York. His father considered that journalism was a lesser form of public service. His family members changed their opinions soon when Chris had got a career lift. The journalist has followed the family tradition to serve people. He has an authentic wish to help people.

Chris is married to a magazine editor. He and his wife have got two daughters and a son. His spouse launched her lifestyle magazine. The family resides in Manhattan and enjoys to spend weekends out of the city.

In August 2019, the journalist had a feud with a heckler who called him Fredo, referring him to the fictional character of the novel “The Godfather.” Chris threatened to throw the heckler down and chastised him with profanity-laced insults. The journalist shared this incident on Tweeter. The video where Chris was going behavior of berserk was published on the Internet.