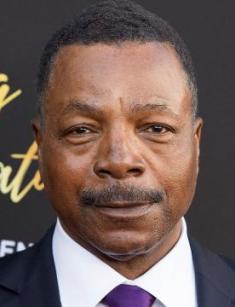 Carl Weathers is an American actor who conquered the world with his talent. Even in his youth, young people fell in love with the actor when he managed to motivate people to play sports by only one role in a movie. The biography of Weathers proves the ability of a person to pull himself together and begin to achieve goals.

Carl Weathers was born on January 14, 1948, in the United States, in New Orleans. He is an American by nationality, like his parents. The young man grew up in a bad neighborhood of the city and understood that if he did not try enough, he would achieve nothing. From an early age, Carl began to play sports, preferring football. Entering College in Long Beach, the guy immediately got into the local team in the place of the midfielder.

Weathers began playing football professionally after enrolling at San Diego State University. In 1970, he played for the Oakland Raiders, and a few months later he was invited to the Canadian football League to play for the British Columbia Lions. After devoting one year to the Canadian national team, Weathers finished his sports career. By the age of 24, Carl had played 18 games.

Besides sports, Carl Weathers developed as an actor, performing in local theater. In 1974, the future actor entered the University of San Francisco and received a Bachelor's Degree.

Carl Weathers started taking part in the filming of different projects in 1970. In the early days of his cinematic career, he was able to get only minor roles. Among such motion pictures were Magnum Force, Kung Fu, Friday Foster.

The role of Apollo Creed in the movie series Rocky brought Carl Weathers world fame. The first part was published in 1976. The main character was Rocky Balboa (Sylvester Stallone), who managed to rise from the bottom and became a world-famous boxer. Apollo was his first opponent, who later became a friend. The movie won three Academy Awards and became the best motion picture of 1976.

After the explosive premiere of Rocky, Carl Weathers began to be invited to other projects. So, in 1977, the actor starred in the motion pictures Close Encounters of the Third Kind (as Military Police) and Semi-Tough (as Dreamer Tatum). However, participation in these movies did not make the actor more successful, as they were not popular among the viewers.

In 1979, the TV movie Rocky II was released, in which Weathers played Apollo Creed again. The film was recognized by the public and began to motivate young people to self-development. People liked the purposefulness of the characters, the desire to develop in sports, without missing a workout. In three years, the premiere of the third part of the movie, in which the actor also participated, took place.

1985 was the year that Rocky IV, the latest film, which starred Weathers, came out. Dolph Lundgren, who played Russian boxer Ivan Drago became his colleague on the set. In the story, the character of Apollo had to be present only at the beginning, but Carl wanted to get a more significant role.

However, Sylvester Stallone did not agree to focus on the character of Weathers in the final movie. Because of this, the latter refused to give the right to use his recordings from previous films with his participation. So the directors had to find a similar actor to star in the parts of Rocky's memoirs.

After Rocky, Weathers' filmography was filled with other well-known movies. In 1987, the actor collaborated with Arnold Schwarzenegger on the film Predator. Carl got one of the leading roles of Colonel Al Dillon. The fantastic thriller quickly gained popularity around the world, and soon it was nominated for an Oscar.

On September 26, 1991, the TV series Street Justice was released, in which Weathers co-starred with Bryan Genesse. The plot tells the story of detective Adam Beaudreaux and martial arts master Grady Jameson. In 1993, the shooting of Street Justice was completed, after which the project received an award at the international film festival in Chicago.

It was one of Weathers' last known works. Despite the fading career, Carl continued to engage in acting. In 1994, the premiere of the crime drama In the Heat of the Night, in which the actor got the central role, took place.

In 2007, the man starred in the comedy The Comebacks as Freddie Wiseman. The movie tells the story of coach Lambeau Fields and his friend Freddie, who coached a team of football players. The film did not gain popularity among the audience but allowed Weathers to remind everyone about himself. In 2009, he appeared in the leading role of the series Brothers. The actor also starred in the commercials of the Old Spice brand and the bank Credit Union.

Besides acting, Carl tried himself as a director. In 1991, he directed his first series, Silk Stalkings. His next works were For the People, Sheena, Strong Medicine, and Renegade. Weathers also voiced cartoons and video games. The most famous were Toy Story, Balto III: Wings of Change and the game Mortal Kombat X. Weathers' latest projects were the movies shot in 2017, Chicago Justice and John G. Avildsen: King of the Underdogs.

Weathers' personal life was full of joys and sorrows. In 1973, he first married Mary Ann Castle, who bore Carl two children, Jason and Matthew. The family lived happily for ten years, and then they filed for divorce.

The actor's second wife was Rhona Unsell, with whom he got married in 1984. This marriage was also unsuccessful, and the couple soon had to part.

In 2007, Weathers married actress Jennifer Peterson; their relationship also did not work out. The couple got divorced in 2009.

Carl Weathers' net worth is estimated at $6 million. Weathers is in good physical shape now. The American actor is fit, has a healthy physique, and always keeps a smile on his face. The man is 6 feet, 17 inches tall, and he weighs 218 pounds.

Carl Weathers came to the premieres of both parts of the film Creed. On the Instagram account of the actors who played in it, there are photos of Weathers with Michael Bakari Jordan and Sylvester Stallone. The actor spoke positively about the new movie but stressed that this is a separate story with a different plot.

This celebrity's career is not over yet. Perhaps in 2019, Carl Weathers will work in film projects, and the world will see new movies with his participation.