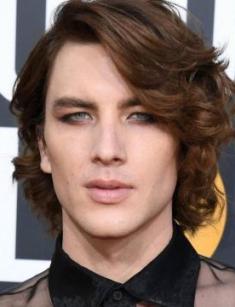 Australian actor Cody Fern has long been building a career in the film industry, but he first rose to prominence thanks to the talented acting on the stage. Although the filmography of the artist is not extensive, it has worthy projects that have been appreciated not only by ordinary viewers but also by critics around the world.

Cody was born in the early summer of 1988 in Southern Cross, Australia. In interviews, he talked a little about his parents and family. They have nothing to do with movies and art, and their professions are not related to creativity.

As a child, Fern was not much different from his peers, and he studied at boarding school at Merredin Senior High School, then he entered Curtin University of Technology. He diligently did homework, participated in student productions and other events. The young man liked to be on the stage even then and attract the attention of the audience.

Although Cody had a craving for creativity since his youth, he obtained a diploma of a different specialty, so studying did not bring him joy. Nevertheless, Fern earned a bachelor's degree in 2009.

Cody's acting career did not begin with filming in movies. When the young man finally realized that he wanted to connect his life with the stage, he was 24 years old. To fulfill his dreams, he joined the main cast of the circus. Having no prior work experience, but believing in his strength, Fern became a member of the circus troupe and soon began to show his natural talent in commercials, short films, and social movies.

Then a theater appeared in Cody’s biography. He first rose to fame, brilliantly performing Shakespearean heroes. Spectators and critics praised the work of the unknown artist. Having worked there for a while, Fern realized that acting classes would be useful for him. The talented actor was very quick at improving his skills and then showed his talent in the performances on the stage.

During this time, Fern rarely appeared in movies, and these were only short films: Hole in the Ground, Still Take You Home, Drawn Home, The Last Time I Saw Richard. In 2014, a significant event occurred in Fern's life, when the young man won the Heath Ledger Scholarship, which allowed him to attend acting classes more often, developing creative potential.

Then he first appeared as Arnold Chapman in the television film Christmas Eve, 1914. In 2017, Cody released a short film in which he starred and worked as a director and screenwriter. In 2018, he appeared in four episodes of the series The Assassination of Gianni Versace: American Crime Story and joined the main cast of the final season of House of Cards.

However, Fern made a real breakthrough a little later, when he played a character named Michael Langdon in the eighth season of American Horror Story: Apocalypse.

For a while, Fern preferred not to comment on his personal life, not answering the provocative questions of journalists. However, when the actor became popular, Cody admitted that he considered himself a pansexual to dispel speculation about his orientation. Thus, he does not divide people up into categories, e.g., gender. His boyfriend Eric Smith shares the views of the partner.

Fern is an active user of social media. On his official Instagram account, he regularly posts photos, and most of them depict his shocking images. Some of the pictures are film scenes. In addition to an attractive appearance, the actor's subscribers also note his slender figure, which is not surprising because, despite the busy schedule, Cody tries to keep fit. He is 5.9 ft. (180 cm) tall, his weight is 176.37 lbs. (80 kg).

Cody is still starring in movies. In the middle of September 2019, the TV series American Horror Story: 1984 premiered, in which Fern got the leading role.