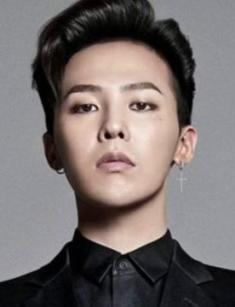 G-Dragon is not just a singer. In the history of the Korean pop industry, this artist has become a phenomenon that has set a very high bar for those who perform now and who will come on stage later. He sings, writes lyrics and music, raps, produces, is a style icon, and does business. Thanks to the versatility of his talent, the popularity of G-Dragon went far beyond the borders of his homeland. The singer repeatedly "blew up" the charts of countries around the world and remains on the list of the most famous Korean musicians.

Kwon Ji-yong (the real name of G-Dragon) was born on August 18, 1988, in the capital of South Korea, Seoul. As the youngest child, Kwon Ji-yong became the family's favorite: both his parents and his older sister Dami loved him immensely. However, his mother had a particularly close relationship with the future idol. According to the musician, he was a shy child and always followed his mother's tail.

Kwon Ji-yong's shyness left him only on the stage, which had been familiar to him since childhood. Parents, noticing the musical talent of the son and his desire to speak, decided to develop these tendencies, and at first, the choice fell on dancing. At the age of five, his parents tried to persuade him to engage in classical dances. However, Kwon Ji-yong did not like this idea. Even back then, he considered himself a true "man," and he did not want to wear "girly" dancing costumes.

Now the singer believes that there was something wrong with the school he went to. At the time, the boy could rebel only one way-he sobbed each time when he came to classes. His parents gave up, and in the end, Kwon Ji-yong studied ballet for only a couple of months, although he remembered them for a lifetime.

In 1992, the future singer first appeared on the screen in the children's program BO BO BO, and two years later made his debut as an actor in a cameo role in the movie Taebaek Sanmaek. The talent and spontaneity of the child led to the fact that he was noticed in the advertising industry, and in 1995, Kwon Ji-yong was chosen as a model for advertising of Shinsegae Duty-Free.

Cute appearance and his dancing skills led the boy to the performing arts: In 1995, G-Dragon became a part of the band Little Roo'ra, in which children danced and performed covers of songs by Roo'ra. In 1996 the first album of the band Christmas Carol Song was released, and on this Little Roo'ra stopped its existence – the recording company broke the contract.

Little Kwon Ji-yong found it challenging to cope with such disappointment, and he told his mother that he would never be a singer again. However, soon, the boy and his family went on vacation to the ski resort. There was a music festival going on there, and Kwon Ji-yong couldn't resist taking part.

The child who took the first place drew the attention of the head of the agency SM Entertainment, and eventually, Kwon Ji-yong was accepted for an internship. In SM Entertainment, he was a trainee for five years, mainly being engaged in dancing. Growing up, the guy realized that he did not understand what he wanted to do next and left the agency.

The next stage of the musical biography of Kwon Ji-yong became his passion for rap. In third grade, the boy learned about Wu-Tang Clan band and started taking the necessary classes. Soon he saw good results; in 2001, he participated in the recording of the album Korea Hip-Hop Flex; he even wrote the text for his song himself. In the future, the musician honestly admitted that the result was mediocre. His English was not very good, and the song was second-class.

However, he drew the attention of artists in the genre of rap and hip-hop, so Kwon Ji-yong was recommended to the manager of the label YG Entertainment. The musician signed a collaboration contract and, till 2005, participated in recordings of various compositions. He was preparing to create a full-fledged Duo with Taeyang, but the president of the agency announced his intention to make a male idol group. In 2006, G-Dragon took part in the show "Big Bang Documentary," and in August, he did not only become a part of the Big Bang band but also became its leader.

During the work in the band, Kwon Ji-yong showed himself not only as a performer but also became the author of many songs. The young man wrote music, poetry, and translated texts for covers of international hits into Korean. In 2007 he created the song "Lies," which the musician had planned to include in a solo album.

However, by the decision of the president of the label, the song went to the band and became its first hit, which took the top of the charts. After that, Kwon Ji-yong wrote two more hits- "Last Farewell" and "Day By Day," thanks to which he was recognized as the best composer of 2008.

At the same time, with participation in the band, the singer was engaged in a solo career. In 2009, on his 21st birthday, G-Dragon released his first self-titled album, Heartbreaker. Due to the popularity of the title track, the CD achieved tremendous sales and won the title Album of the Year at the Mnet Asian Music Awards. However, there was a scandal around the album, as the company Sony Music accused Kwon Ji-yong of stealing the music of Flo Rida and Oasis, but the expertise did not find any similarities.

Another scandal occurred in 2009 after a solo performance of G-Dragon in support of the album. G-Dragon was accused of inappropriate behavior and ambiguity of lyrics. However, this did not go further, on March 15, 2010, Kwon Ji-yong was found not guilty.

The next solo album (in mini-format) G-Dragon released in 2012. The disc One of a Kind included the song "Crayon," for which the singer shot a bright, challenging music video. In the video, Kwon Ji-yong performed in different costumes, each of which was complemented by a different hairstyle and color.

The singer performed one of the songs, the piece "Without You," more than once in a duet with Rosé from another idol band, BlackPink. And in 2013, fans of the singer were looking forward to a full disc Coup d'etat, which was recorded by foreign artists, including the Grammy award-winning Missy Elliott.

The public saw the next solo album of Kwon Ji-yong only in 2017, but the result was worth the expectations. Kwon Ji-yong is hardly a disc – this work of G-Dragon shattered even the release format. The album was released in the form of a USB-flash drive, which also had no direct recording of tracks-through the drive, listeners got to the download page of the album from the YG Entertainment website.

Due to the non-standard form of release, the album was excluded from participation in the Gaon chart, and the appearance of the flash drive was the reason for another scandal. Users felt that it "scratched" appearance is the result of the carelessness of the issuing company. The company had to record a special video showing the process of painting the stick: the shabby appearance was not sloppy work, but a design idea.

Songs from Kwon Ji-yong are distinguished by the depth of the lyrics and some rigidity, apparent even in the titles of songs: "Middle Fingers-Up," "Bullshit." Sources of inspiration for the album for Kwon Ji-yong were the work of Kōbō Abe, Divine Comedy, and the movie The Truman Show.

After the release, Kwon Ji-yong became the leader of the iTunes chart in 46 countries. Before G-Dragon, no one in Korea had been able to achieve this number. On June 10, 2017, Kwon Ji-yong embarked on his second world tour, during which he visited 29 cities in Asia, the United States, Europe, and Oceania, and the total number of spectators at the concerts was 654 thousand people. Before G-Dragon, musicians from Korea had not done concert tours of such scale, so the singer got beyond standards in this sphere too.

G-Dragon does not have a wife and children. The personal life of the idol is always in the center of attention of his fans, but journalists do not have credible information about G-Dragon's girlfriends. The singer does not like to talk about it. That's why there are hundreds of rumors online, which are based mainly on the musician's photos on Instagram and the pages of tabloids.

At various times, G-Dragon was said to have an affair with ballerina Kang Soo Jin, Japanese models Kiko Mizuhara and Nana Komatsu, and singers Sandara Park and Taeyeon. Neither of these theories was confirmed by G-Dragon, nor by the celebrities and their agents. The singer said he was not inclined to reveal the relationship because it would hurt his girlfriend in the first place.

However, if we exclude romantic passions, his fans have enough information about the life of G-Dragon. It is known that he has a warm and trusting relationship with his family – even the artist's finances are still run by his mother, despite the singer's mature age. A fun fact: according to the Korean age-counting system, G-Dragon is almost one year older than according to the European one. In Korea, people count age not from the date of birth, but the day of conception.

G-Dragon loves his sister and little niece. He gifted his parents their own hotel. His parents called him "Dolce Vita," and G-Dragon made a tattoo with these words on his right arm.

G-Dragon's distinctive care for appearance and unique style also runs in the family. Thanks to the excellent taste of the boy's mother, the boy was surrounded by fashion, from early childhood. The woman made her son clothes that expressed his individuality herself.

Now G-Dragon's appearance is his calling card. Because of his body type (G-Dragon's height is 5 feet 80 inches, and he weighs 119 pounds), G-Dragon has an androgynous appearance, and he is not scared of experimenting with style. Fans are looking forward to the next bright costumes of the musician and try to guess his next hair color. G-Dragon has died his hair in every shade of the rainbow, and every time it looked like a part of the whole image.

G-Dragon has a net worth of $30 million. Now the singer has paused his career because he was drafted into the army. Military service in South Korea is a mandatory part of a man's life. Because of the strained relations between South and North Korea, trying to avoid service is a severe crime in his homeland.

On February 27, 2018, the singer went to serve in the third infantry division, which is also called the "White Skull." The military base is situated in Gangwon province, on the border with North Korea, so serving there is a big responsibility. Fans are looking forward to the singer's return to civilian life. G-Dragon is due to finish his military service on October 26, 2019.