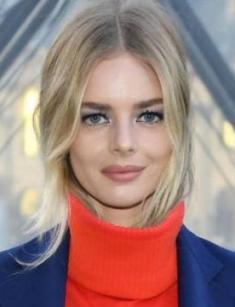 Young actress Samara Weaving has worked her way from the episodes in Australian soap operas to the leading roles in American blockbusters. The girl wins the viewers' hearts with her beauty and sense of humor, and it does not matter whether she plays in thrillers, action movies, or sci-fi films.

The girl’s uncle is the famous Australian actor, Hugo Wallace Weaving, who starred in The Matrix and The Lord of the Rings. Her father, Simon Weaving, is now an artistic director of the Canberra International Film Festival.

As a child, Samara and her parents lived in Singapore, Fiji, and Indonesia. The Weaving family returned to Australia in 2004. The future actress participated in school productions at Canberra Girls Grammar School. The star has a younger sister, Morgan, who also chose an acting career.

Weaving began her film career with participation in the Australian TV series Out of the Blue and Home and Away. The second project is the longest-running soap opera on Australian television. They had begun to film it four years before the birth of Samara.

In 2017, the girl appeared in the Australian TV series Picnic at Hanging Rock, which is a remake of the 1975 film of the same name. The plot focuses on the disappearance of schoolgirls on Valentine's Day in 1900. Weaving, who already lived in the United States, said in an interview about the premiere of Picnic at Hanging Rock that she remembered Australian ancestry and was glad to participate in the filming of the series.

The best movie in the filmography of Samara Weaving is the British-American Oscar-winning drama Three Billboards Outside Ebbing, Missouri. The Australian actress has played Penelope, a 19-year-old girlfriend of John Hawkes’s character, Charlie, in the movie.

In the mid-2010s, Weaving dated English model Rob Moore. Then Samara’s Instagram page was full of photos of the girl in a bikini. She posted a large number of revealing pictures because, in 2012, Weaving became the official model of underwear brand Bonds. Then Rob and Samara broke up, and Weaving began to show her personal life less often.

On March 10, 2019, the actress announced an engagement to her boyfriend, creative producer Jimmy Warden. Now, on Instagram, the woman posts pictures in classic outfits with subtle makeup. The exception is the photo of the celebrity with aggressive makeup for the comedy action movie Guns Akimbo, in which Samara played the female title character.

In August 2019, the comedy horror movie Ready or Not was released. In the film, Weaving plays a girl, Grace, whose romantic relationship with the groom turns into a deadly game.

Samara’s partner was Adam Brody, who became famous for his participation in the film Mr. & Mrs. Smith, as well as in the series The O.C.

Besides Guns Akimbo, the actress has starred in the sci-fi comedy Bill & Ted Face the Music. The movie is scheduled to premiere in August 2020.

Samara Weaving has an estimated net worth of $3 million.