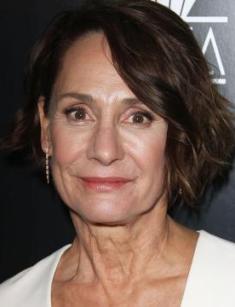 Laurie Metcalf is an American actress whose hard work multiplied by natural artistic talents proved there was nothing impossible for a person. The woman is well-known thanks to her movie and theater roles.

Laura Elizabeth Metcalf was born on June 16, 1955, in Carbondale, Illinois. After the daughter was born, the family moved to Edwardsville, located in the same state; two younger sisters were born later.

The would-be celebrity’s father worked as a budget director at a university; the mother was a librarian. Laurie’s great-aunt wrote plays and even won the Pulitzer Prize. Perhaps, the child inherited this love of acting and theater: she liked performances and created her own sketches with friends and sisters.

When the young woman graduated from school, she began to study acting and received a Bachelor’s degree in Arts in 1977.

As a student, Metcalf met John Malkovich, Gary Sinise, Glenne Headly, and Joan Allen; the young people created Steppenwolf Theater Company. This is where the beginning actress debuted. The friends nicknamed Laurie “crazy pans”: she was always active and full of ideas.

In 1978, Metcalf debuted on the screen in the movie A Wedding; her part was so small that it was not even credited. Still, it was a good experience for the artist.

Little by little, Laurie’s filmography was expanding; she got her first fans. The actress was also busy with theater plays, but real recognition did not come until 1988 when the first episode of the series Roseanne was presented.

Roseanne was not the only series in the woman’s career: she also participated in Absolutely Fabulous, Grey’s Anatomy, Malcolm in the Middle, and others. The modern audience knows Laurie as Sheldon’s mother in the iconic series The Big Bang Theory. It is interesting that the series Young Sheldon about the physicist’s childhood starred Zoe Perry as the boy’s mother; Zoe is Laurie’s daughter.

The actress also appeared in the popular series Desperate Housewives; she got a secondary role of the main characters’ neighbor, who took hostage people in a supermarket once. That episode gave Metcalf the Emmy Award and critics’ appreciation.

2008 was marked with the lead part in a new sitcom, Easy Money. Although the project promised to be popular, the creators’ hopes were not fulfilled; the filming stopped.

The audience could see the artist in the horror Scream 2, Robert Frank’s Candy Mountain, and John Schlesinger’s thriller Pacific Heights. The latter also starred Michael Keaton, Melanie Griffith, and Matthew Modine. As the story runs, a young couple rents a flat to a man because they need to pay their bank loans. However, the seemingly normal neighbor is not simple.

The artist has also tried herself in voicing: the main character’s mother in the animated comedy Toy Story and its sequels has her voice.

The actress’s colleague Jeff Perry became her first husband; he was also a member of Steppenwolf Theater Company. The daughter Zoe was born in 1984, but the happy occasion could not save the marriage; the spouses divorced soon.

In 1993, Laurie married the actor Matt Roth, whom she had met at the movie set of Roseanne. Two children were born in this union: Will Theron (1993) and Mae Akins (born by a surrogate mother in 2005). Three years later, in 2008, Laurie and Matt adopted the third son, Donovan.

The artists broke up in 2014. Roth married the actress Stephanie Childers soon; Laurie has been single since then.

2017 brought the drama Lady Bird; movie lovers all over the world were talking about it. The main character, Christine (Saoirse Ronan), calls herself “Lady Bird” and tries to understand who she is, just like any teenager. Communication with peers and the mother (Laurie Metcalf) is pretty challenging for her. This complex role gave Metcalf the chance to show many angles of her acting talent.

In 2018, fans welcomed their favorite in the tenth season of the series Roseanne. In spring 2019, she had a Tony Awards nomination for Broadway’s Hillary and Clinton.