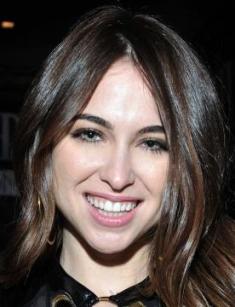 Riley Reid is an actress who chose the pornographic industry; her slim body and south temperament help her reach much success in the genre.

Reid was born on June 9, 1991, in Loxahatchee, Florida. The attractive, smart girl had Dominican, Puerto-Rican, and Irish roots. When she graduated from school, Riley entered Florida International University to study sociology and become a teacher; the young woman used to work at a Journey footwear store.

Young Riley was popular among men of all ages. According to the actress, she always liked it and decided to try herself in striptease when she was a student. Two months later, the dancer received a tempting invitation and accepted it.

2011 was marked with a significant event in Reid’s life: she shot for the first pornographic movie in her life. The 19-year-old actress performed under the pseudonym Paige Riley. The debut opened many new perspectives, and Reid became the most demanded pornographic star in 2011.

Jules Jordan Vidios, Evil Angel, and Smash Pictures studios noticed the woman’s potential. She behaved professionally and tried to meet all requirements, earning directors’ respect and showing her natural artistry and charisma. As a result, Reid’s popularity was growing quickly.

In 2012, the actress won the Nightmoves Award for Best New Starlet; overall, she had six nominations that year. 2013 brought another Best New Starlet and Female Performer of the Year; Riley was the first one to receive these victories in a row.

Reid never did plastic surgery to change her cup size.

Official sources do not give any information about Riley’s relationship status; however, there are many photos with the same man on her Instagram page. The woman never talks about such pictures, and fans can only guess what is going on.

Reid says in her interviews she does not like to be treated vulgarly in real life. She believes her activities are socially positive: she gives some positive to single people.

Today, Riley continues to star in pornographic movies. She shares the news about her life on her social network pages, and many followers read them. There are more than 2.2 million subscribers on Instagram and 1.6 million followers on Twitter by fall 2019. Riley often smiles in her pictures.

The actress has a tattoo on her back, down the spine: Chinese hieroglyphs. However, their meaning is different from typical love quotes or the symbols of happiness and luck. It is the famous quote from Dale Carnegie’s How to Stop Worrying and Start Living: “If You Have A Lemon, Make A Lemonade”.

Nowadays, the actress continues to expand her filmography; ten projects have been released in 2019. There have been rumors about the woman’s wedding with Tana Mongeau and Logan Paul, with whom she recorded a podcast, but this information has not been proved.