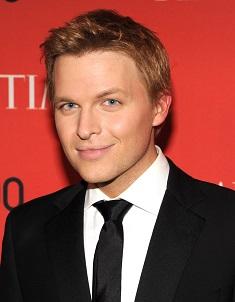 He is an outstanding personality with incredible skills and comprehensive mind. The journalist, human rights activist, served for the people and made a significant contribution to society. Besides his bright and prolific career, he is well-known for his famous parents.

As a child, he was a prodigy kid who has not ordinary life. He gained his degree at the age of fifteen. When he was sixteen, he entered the top university and got an elite education. The star child was born into a celebrity family. His father is a famous movie maker, while his mother is an actress. His parents have only one biological offspring. It was him. The journalist was born in 19th of December, in 1987. His zodiac sign is Sagittarius.

Having an outstanding skill and a comprehensive mind, the young man was very demanded personality. He served for and visited Sudan, where he advocated the right of innocent people, women, and children who were involved in the terrible war. He worked as a spokesman for eight years. In the 2010s, he worked as an exclusive adviser and worked on the program, which was dedicated to making young people more proactive. He also worked as a journalist, releasing numerous essays and finally published a book.

His activity widened when he began working on TV. He did documentary on acute social problems and also hosted TV programs. For his contribution, he received wide-spread recognition and numerous awards.

He dedicated to investigating programs, featured sexual assaults on campus, covering topics from labor rights to mental health care issues. He also told about his father and his relationships with the journalist's two siblings.

"This was always true as a brother who trusted her, and, even at 5 years old, was troubled by our father's strange behavior around her: climbing into her bed in the middle of the night, forcing her to suck his thumb—behavior that had prompted him to enter into therapy focused on his inappropriate conduct with children prior to the allegations".

He also published the investigation and was one of the first who burnt the scandal connected with Weinstein.

Later he got one of the most prestigious awards for his examination. He considers his mission is very significant as victims are often pressured and remained silent. The victims are afraid to go against publicity and devoted fans of the celebrities. In 2019 he released his new book “Catch and Kill” where he told about Weinstein’s attempt to silence his victims. His presentation of the book at the Cooper Union became one of the most anticipated event of the Autumn.

He had a multitalented nature and numerous talents, which allowed him to widen his activity and try his hands in something new. This he proved to be a good voice actor, he voiced two Japanese animated movies. Besides, you can see him on screen in the movie Unbreakable Kimmy Schmidt.

Thanks to his significant contribution as a human rights activist, he got numerous awards. Thus the activist was highly recognized for extraordinary service to displaced people. The journalist was called the activist of the year and was included in the prestigious list "30 under 30".

Now the journalist is engaged but before he had numerous love affairs with famous activists, the daughter of tycoons, speechwriter of the president and so on. Born from celebrities, the journalist has no simple relationships with his parents. First of all, his parent has never been married. Secondly, his father entered the incestuous relationship with the adopted child of his mother, the actress Mia Farrow. Both the mother and the son interrupted all relationships with the father, a prominent movie maker Woody Alen.

He identifies himself as a part of the LGBT community. His partner is a screenwriter John Lovett. The net worth of the prominent journalist is estimated at $12 million. Meanwhile, his salary is $3million per year. His mother was married to Frank Sinatra, and in one interview, she stated that her son could be a biological kid of the outstanding singer.