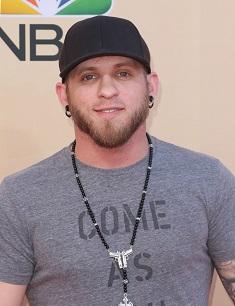 He is one of the groups of singers who are reviving country music in modern days. Without his collaboration, this musical genre would be on the verge of losing.

The singer was born on 20th of January in 1985. Since childhood, the boy was interested in music, and at the age of thirteen, he began to write songs and original music. His parents always listened to country music, and this helped him to be exposed to this musical genre. At high school, he played baseball and football. Being immersed in music, the boy didn't show outstanding knowledge of the school program. He finished school somehow and decided to make music only part of his life, a pleasant hobby.

In his college years, in the 2000s, he was involved near-fatal car accidents. Being highly intoxicated on the scene, the young man was critically injured. Besides, he got significant trauma. As a result, his memories were erased. His education and academic career became a big question. Nevertheless, the young man graduated from the university with a bachelor's degree.

Trying to adapt to the new reality and lose his memory, the young man began to dedicate more time to the music. The creative activity had a positive effect – Brantley managed to recapture some lost memories.

In the very beginning, he performed his early songs on the local events, to form fanbase and to spread the popularity. He tried to find the opportunity to record his album but was rejected. He struggled for years, and finally, he decided to collaborate with the independent recording company in 2009. His first album helped him to get first significant critical and commercial success. He continued to perform on the opening acts at the country concerts.

The success of his first album has brought him local popularity, but to be known widely, the singer needed to find a recording label. As a matter of fact, the first album didn't get necessary spreading because of the limitations of the local recording company.

Nevertheless, he continued to work and soon was ready to release his second album. He had released it with the independent company again in 2010, but then he found a better decision and re-released his second album with the record label in 2011, which was up to the mark. The critics positively accepted the second album. His single topped the national charts.

The singer received accolades both for his singing and writing skills. The other collection gifted Brantley's audience with new hits. His rising popularity allowed him to organize tours across the country. The latest album of the singer was released in 2017 and was successful too. The critics marked a welcome change in his songs. Besides, he gives incredible concerts, one of them will be held in Darien Lake in 2019 and Denver in 2020. He collaborated with many exciting artists, Colt Ford, among them.

Besides an intensive musical career, releasing the album after album and organizing tour after tour, the singer also worked for his contemporaries. That proves his outstanding skills as a writer, as his abilities made him the demanded author.

The singer was engaged with a well-known country singer in 2013, but the couple split. Later they confessed that it was somewhat challenging to maintain relationships when the singer and his ex-girlfriend were always in tours and working on their new albums. In 2015 he finally married, the wife born him a song in 2017. His net worth is estimated at $15 million, his contribution to music brought him numerous awards. In the industry, he is known for his bad-boy reputation. The singer has his line of apparel. On the 9th of September in 2019 his wife born his second child, a daughter.