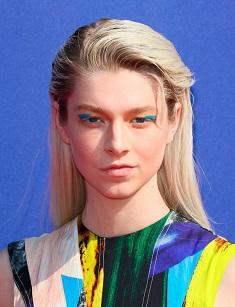 The Raleigh native, Hunter Schafer, became widely known in 2016 as an LGBTQ+ activist. Hunter defines herself as a transgender woman, and in 2017 she became a trans fashion model of such big fashion houses like Dior, Tommy Hilfiger, Vera Wang, Marc Jacobs, and others. In 2019 she started acting career from an outstanding playing in HBO’s teen drama TV series, Euphoria. She played the lead role of Jules Vaughn, a transgender girl who quickly befriended Rue, the main character, after moving into town. Shafer has a net worth, which is roughly estimated at $750 000, including all of her properties and earnings.

The birthplace of Hunter was Raleigh. Hunter was the oldest of four children in a family. There is less known about Hunter’s childhood, but her dad was a pastor. As a kid, Hunter liked to draw superheroes, inventing characters and designing their costumes and backstories. Though illustration was her first interest—she once fancied herself a future comic book artist. Before she went to high school, Hunter created her sketchbook and kept it until graduating, enamored of its own storytelling capabilities.

Hunter was born a boy in 1999. But in her early teen years, she transitioned to become a girl with the help of hormone therapy. Because of those changes, Hunter faced several difficulties while studying at the public coeducational arts conservatory in Winston-Salem, North Carolina, UNCSA. Schafer, being a trans, used the women’s restroom at school. But since the passage of bathroom bill (HB2), her actions broke the law each time Hunter went into the bathroom. The bill allowed Schafer and the same people to use a gender-neutral restroom.

According to Hunter, there weren’t enough of them. The bill stated that students could visit only the bathrooms that matched the gender on their birth certificate. It was a problem for transgender students who believed they should use restrooms that corresponded to their gender identity. In 2016 Hunter was a plaintiff in ACLU’s lawsuit against North Carolina’s HB2. She explained that the users of public restrooms had to visit the restroom that matched their assigned sex at birth, rather than the room that matched their gender identity.

Hunter stated that the bill put trans people at risk, in particular, those who existed outside of and in between gender binaries. Hunter spent months with lawyers, opening up about her life experience as testimony for the case. As a result, the bill was repealed, but Hunter continued to fight the trans’ rights.

In 2019 American screenwriter and director Sam Levinson released a complicated Gen-Z story of love in the time of “likes,” called Euphoria. The TV series premiered on HBO. Hunter Shafer became one of its cast members, apart from Zendaya, Maude Apatow, Barbie Ferreira, and others. Sam invited her to play the role of Jules, who embarked on a complicated friendship bordering on courtship with new BFF Rue (in the performance of Zendaya).

In the Euphoria’s plot, Jules was presented as a habitué of the everything-on-demand web — which provided opportunities for self-discovery, at times through after-curfew encounters — and was unafraid to stand up for herself or to risk real danger. But there was a core of unfulfilled romanticism at the character’s heart, a dreaminess that contrasted with Rue’s dour realism.

The acting debut of Schafer changed her plans on her career. Hunter found out that playing the role of Jules in which gender was not the struggle was exciting. In several interviews she stated that there must be more roles, where trans people weren’t just dealing with being trans; they were trans while dealing with other issues. Euphoria not only changed the way Schafer saw her career unfolding, but it also altered the way she thought.

After the end of the first season, Hunter’s character didn’t overcome all the pain from her past. That was exactly what Schafer wanted her to focus on for season 2. Schafer noted that she wanted to continue seeing Jules working on herself in that she still got some major issues, and to continue dissecting that and feeling it out. Also, Schafer realized that Jules’ main priority needed to be herself. Maybe some that agency will bleed into the storyline of Euphoria Season 2.

After Shafer’s protest against the state of North Carolina, she became a tidbit for big fashion houses. The designers wanted her to be the face of trans people in the fashion world. In November 2017, Hunter was nominated as one of Teen Vogue’s 21 “Girls and Femmes Changing the World” younger than 21. With that nomination, the Raleigh native got an opportunity to sit down with Hillary Clinton, the guest editor of the magazine edition.

After Schafer finished high school in May 2017, she was invited to enter the University of the Arts London Central Saint Martins art school. However, the rising model decided to postpone college and moved to New York to pursue modeling full-time. In a year, Hunter accepted an internship offer with the prospective designer Vaquera.

Soon, Shafer walked Shayne Oliver’s Helmut Lang debut. Describing that look, Hunter posted on her Instagram that she wore exquisite, highly artistic, and appropriately gender-f---ed outfit, which made her feeling more at home than she had felt at any other fashion function.

The same year, Shafer joined the projects of such fashion leaders as Miu Miu, Mansur Gavriel, and Marc Jacobs, who cast trans model to walk his show in the theme of the 90s. Although several models noted they felt it was a bigger deal than casting trans individuals on a high-fashion runway, Schafer disagreed with that and said that trans people still had much work to do.

Hunter Schafer is still figuring out how she wants to live the rest of her life. She has considered surgery but still isn’t sure she needs it. In her speech at the Trinity School, she described her journey in discovering her true identity as peeling back the layers of an onion.