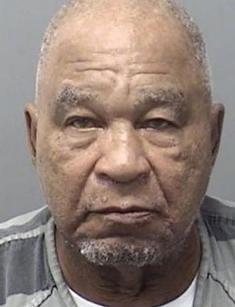 Samuel Little is a serial killer who murdered females in 19 states of America over a quarter of a century. The amount of victims he claimed to have is 93, and the detectives linked him to 61, which makes him the most plentiful serial killer in the whole history of the USA. By the way, among other killers who operated in the Los Angeles area in the 1980s, also was Lonnie Franklin Jr., who used a nickname Grim Sleeper.

Samuel Little was born in Georgia in 1940. Soon after this, Samuel’s family moved to Ohio, where he was raised mostly by his grandmother while his mother worked as a prostitute. As a child, Little always had discipline issues at Hawthorne Junior High School, where he studied. In 1956 he broke into a property, and for this, the boy got in an institution for juvenile offenders.

In his late 20s, Samuel moved to Florida with his mom, and he worked there in an ambulance and at the cemetery at the same time. It was the time when the future killer traveled a lot and started getting in trouble with the law more and more. In eight states, he was arrested for various crimes, including rape, armed robbery, aggravated assault, solicitation, etc.

In 1961, Little went to prison for the first time for three years. He got there for breaking into a furniture store in Lorain, Ohio. By the way, as the criminal claims in one of his interviews, during his first prison stay, Samuel learned to draw, and he especially likes to represent the pictures of his victims. By 1975, Little had been arrested 26 times in 11 states for crimes such as assault, attempted rape, fraud. After that time, Samuel would commit mostly murders.

In 1982, Little was charged with the murder of Melinda LaPree, a woman of 22 years old. A grand jury did not accuse him, and soon after this, the criminal was transferred from Mississippi to Florida, where he was indicted in the murder of another woman, a 26-year-old Patricia Mount. The witnesses confirmed that Samuel was the man who spent a night with Mount before she disappeared. However, because of the unconvincing testimonies, the lack of evidence, Little was vindicated at the beginning of 1984.

Soon after this, the killer moved to California, and in October, got arrested because of Laurie Barros, who was kidnapped, beaten, and strangled by him. Fortunately, the woman survived. A month later, the police found Little in the car together with the woman who was unconscious. For these two crimes, Samuel was in prison for two and a half years. In 1987, when Little got released, he went to Los Angeles, where he committed over ten murders.

In 2012, Samuel was found by police at a homeless shelter in Kentucky. By that moment, the authorities tested his DNA and concluded that Little was connected with the murders of three women: Carol Elford (killed on July 13, 1987), Guadalupe Apodaca (killed on September 3, 1987), and Audrey Nelson (killed on August 14, 1989). In January 2013, the criminal was charged. A few months later, he got investigated for dozens of other murders of the 1980s. Eventually, the investigators confirmed that Little was involved in over 60 murders of women on the territory of the USA, including the states Arizona, California, Texas, etc.

On September 25, 2014, he was found guilty and got the sentence to life imprisonment with no possibility of parole. Little tried to prove his innocence, but eventually, the killer owned up to all of his crimes after he was told that there would not be a death row.

There is no much information about the killer’s personal life. It is known that he had a long-term relationship with a woman named Jean. His girlfriend was huge support for their union, and she helped them survive by shoplifting. We can say that Little had not a net worth that could let him live in abundance more or less. Jean died, and the date of her death is unknown.

Sometimes, Little can be confused with another Sam Little, who is the vocalist of the band named The Gospel Youth. By the way, he also has some law issues, for instance, last year, he got some sexual misconduct allegations.

Since Samuels’ hands were in blood, he received a lot of fame. Last year, the writer Larry Maravich published the book about the criminal, it is called Serial Killer Samuel Little: An anthology of True Crime Stories Kindle Edition.

Speaking of the health of a 79-years-old criminal, he had diabetes and a bad heart, and he also uses a wheelchair. Besides, Little certainly has some mental issues. In one interview, Samuel claimed that he considered himself a kind angel who let the women go or as pure evil, the devil. The killer cannot determine his assignment.