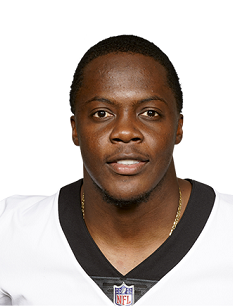 The American quarterback, who was born to play football, has an impressive statistic. His big break happened in 2013-2014 when he got prestigious awards and was called one of the best players of the year. Then the athlete came across the sustainable hardships – he got a severe knee injury. The doctors were sure that the young footballer couldn't go back to the professional sport. But after long and hardworking rehabilitation, the athlete is setting back in and now has a promising year.

Born in Miami, the boy spent his childhood with his parents and three elder siblings. In 2003 he gained a bachelor's degree in the Sports Administration. Since school, he displayed extraordinary skills in the sport. Teddy devoted his years of high school to American football and was sure what was his future profession. Thanks to his bright game, he was one of the most perspective and promising athletes.

His path to professional football was long and sometimes painful. But as a quarterback in the college football team, he was a real star. During his career, he has included in the tops thanks to his productive statistics. As a result of the highly productive game in the college, the athlete was one of the most demanded and perspective beginning footballers.

The deal with the Vikings brought him about $6,85 million plus a bonus of $3,3 million. His debuting year was highly successful. He started the season as a second-string quarterback. He appeared as a professional footballer on the field for the first time on the 21st of September in 2014. He replaced the injured quarterback and showed a splendid game. Then he was called the starting quarterback as his partner, Cassel, had broken his leg. His debuting match as a starting quarterback happened on the 28th of September. Teddy came up to the scratch and won the game with 317 passing yards and his first NFL touchdown. Then he had some injuries and missed one game.

Teddy finished the season with a bright game and productive stats and was called one of the best quarterbacks of the year. As a result, he took several prestigious awards.

He met ups and downs in the 2015-2016 season. He had excellent records in 2015, but in 2016 he injured his left leg. Due to severe trauma, Teddy missed the 2016 season. His team announced that it declined his contract and made him a free agent since the following year. Teddy passed a lengthy rehabilitation; in November, he was activated off PUP. He managed to enter the Week 15 against the Cincinnati Bengals. The people met him with standing ovation when he appeared on the field.

A tragic accident - the knee injury put his career and quality of life at considerable risk. He thought about this day many times and shared his feelings in an emotional speech.

"This morning when I woke up I told myself, 'no matter what happens, I'm a winner,' We all talk about winning on the football field, but I feel like I'm a winner in life. I try not to make it about me, but I think about the process I went through to be here and all of the ones that believed in me, those are the winners with me."

In 2018 Teddy signed the contract with the New York Jets, according to the deal he would gain only $ 500,000 as a bonus and non-guaranteed salary. Later the team sold Teddy to the New Orleans Saints.

During his debut game for his new team, he took a knee twice. He also did it again in the following two games. He started in the season finale in December and finished it completing 14 of 22 passes for 118 yards, a touchdown, and an interception as the Saints lost 33–14. He also rushed for 12 yards. In 2019 he signed the one-year contract with the team, which was fully guaranteed. This year, he threw for more than one touchdown in a game since week 15 of the 2015 season. In September 2017 he won first time for the past four years. His team won, and this game was hard for Teddy, both physical and emotional. He was sincerely glad and confessed that he wouldn't like to be anywhere than here at this moment. He thanked his team for supporting and accepting.

He is active on social networks; thus, he had an account on Twitter. Here he shares his thoughts and significant events. Teddy dates Erica Cardona, who wrote the book for children in 2017. The book "Little Bear Teddy. Big Dream Come True" tells children about the path of the footballer and inspires kids to live out their dreams. Teddy inspired Erica to write the book about him. The plot shows the children that the little bear managed to achieve his cherished goal because he worked hard not only in the field but also in school.

Teddy is a Christian. His mother survived after breast cancer. The Cadillac presented his mother a pink Escalade after they found out that she dreamt about it when he studied in the third grade.

At present, Teddy's net worth is estimated at $2 million.