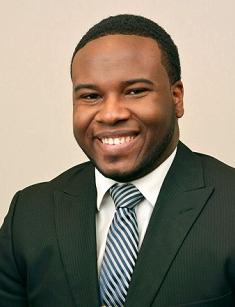 The pride of his family, Botham, moved to America to get a high-quality education. He had many expectations and cherished dreams, displayed exceptional knowledge, and was an amiable and positive guy. At the age of twenty-six, he became an innocent victim of the tragedy that happened in Dallas.

He was born in St. Lucia and grew up in a Christian family. Botham worked in the Christian community, sang in the church choir, did some preaching. The boy helped orphans and the elderly. He had two siblings, a sister Alisa and a brother Brandt. He was from a rather prominent family. His mother, father, and uncle hold high positions in St. Lucia.

The young man decided to attend an American college and moved to the USA. He was a diligent student and successfully graduated from college with a bachelor’s degree in accountancy and management.

Later he worked as an accountant and displayed diligence and discipline. He was a dedicated young man who knew what he wanted from life. His cherished dream was to become a prime minister in his motherland. Besides his work in Dallas, he was president of the young leader’s group.

The young businessman had an account on Instagram. There is little information about his personal life. It seems that Botham was focused on his career and devoted all his time to the job.

Since his childhood, the young man was positive and friendly, all the people who knew him, describe him in one way – kind, amiable and promising, his life had just started. Cynthia Johnson, who was his girlfriend, led demonstrations after his death.

The young man was killed unarmed in his house by the police officer in Dallas. The police officer was off duty at the tragic moment. But she was in her uniform and had police gear, she used service weapon and shot the young man. Over time there have been more facts depicting horrible history as the whole.

The officer’s apartment was on the fourth floor, and one level lower lived Botham. She entered Botham’s studio and was sure that she came to her own. When she saw a young man, she panicked and shot him.

When the police officer burst into his apartment, the young man was sitting calmly, eating his ice-cream, and watching TV. The name of the murder was covered for the first time, but later, officials reported that it was Amber Guyger. She was 31 years old. The trial was extremely dramatic, where the police officer uttered her emotional apology addressing to Botham’s family.

The lawyer of the murder named this tragedy a terrible mistake. It was dark inside the apartment, and Amber thought that the young man was a burglar. The police officer shot him in the chest. That day she worked a 15-hour shift. Prosecutors said that her belief that she came to her apartment was unreasonable as there were apparent differences in the furniture.

The police officer was fired from the department. After one year of investigation, the murder was sentenced to ten years in prison. After sentencing, the brother of Botham hugged his murder, offered love and forgiveness to her. After his death, his mother put efforts to form Botham’s foundation. According to the latest news, the key witness Joshua Brown, in this case, was killed by multiple shots in October 2019.