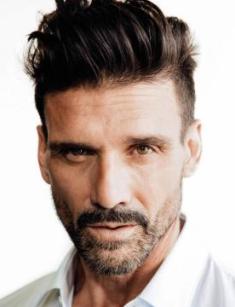 The famous Hollywood actor Frank Grillo has appeared in more than 60 projects. The audience knows him for the movies Mother’s Day, Captain America: The Winter Soldier, Warrior, The Grey and the TV series The Kill Point, The Gates, and Kingdom.

Frank Anthony Grillo was born on June 8, 1965, in New York. The actor has never spoken about his childhood and family with journalists. Only one fact is known for sure: the would-be artist finished New York University in 1991 and then began his modeling career.

Before Grillo entered the world of cinematography, he worked on commercial videos for American Express and Sure Miller Genuine Draft. At the same time, the young man was a successful fitness model and appeared on covers of Men’s Workout and Exercise & Health in the late 1980s-early 1990s.

The role of Hart Jessup in the CBS’s soap opera Guiding Light opened the road for Frank; he participated there in May 1996-March 1999. In 2002, the artist collaborated with Cameron Diaz, Jason Bateman, and Christina Applegate in Roger Kumble’s comedy The Sweetest Thing. It is a story about a blonde club frequenter Christina Walters (Cameron Diaz) who decides to learn good manners and civilized seduction of men.

The same year, Frank appeared in Steven Spielberg’s fantastic thriller Minority Report based on Philip Kindred Dick’s novel under the same title. In 2003, the actor expanded his filmography with the romcom April’s Shower and the series Las Vegas and Karen Sisco. The 2005 drama detective Blind Justice on ABC brought the role of Marty Russo.

In 2005-2006, Frank personified Nick Savrinn in the first season of the popular series Prison Break by Paul Scheuring. The project portrays two brothers, one of which is condemned to death. Wentworth Miller, Dominic Purcell, Sarah Wayne Callies, and Robin Tunney played in the show.

The series The Gates brought another lead part. Grillo’s Daniel Sohapi in the horror Mother’s Day and Frank Campana in Warrior stuck in people’s memories for a long time.

In 2011, Joe Carnahan released his drama The Grey. As the story runs, people survive an airplane crash in Alaska; Frank received the role of John Diaz. The audience appreciated the movie; all production costs were covered within the first week after the premiere. Liam Neeson, Dermot Mulroney, and Nonso Anozie appeared there, too.

In September 2012, the crime action End of Watch was presented at the Toronto International Film Festival. Grillo took the part of Sergeant Daniels. He also worked on Henry Alex Rubin’s Disconnect that year. It is a compilation of stories where people try to connect each other by modern devices and technologies. The fashion designer Marc Jacobs tried himself as an actor in this project.

In November 2013, Grillo collaborated with Jason Statham, James Franco, and Winona Ryder in the screen adaptation of Chuck Logan’s book Homefront. The next year brought the superhero action movie Captain America: The Winter Soldier by the Russo brothers; the actor played one of the Marvel comics characters Brock Rumlow.

In 2014, the artist added another successful item to his filmography: the anti-utopian thriller The Purge: Anarchy. Soon, people saw him in the series Kingdom as a former MMA athlete Alvey Kulina. He dreams of becoming a prominent figure in the sport but suffers from alcohol dependence and looks for fighters who would like to have him as their coach and work out.

In 2015, horror lovers were excited about Will Canon’s Demonic. Although the plot had many standard elements, namely, a haunted house and the devil’s advent to the human world, the audience’s welcome brought the movie $4.7 million while its budget was $3 million.

In 2016, The Purge: Election Year and Captain America: Civil War with Frank Grillo came out.

The Hollywood actor has never been too open about his personal life; there is little information about his romances on the Internet.

Frank’s first wife was a woman named Kathy; she had nothing to do with cinematography. The young people married in 1991 and welcomed the son Remy in 1997. However, the child could not save the marriage: the spouses divorced the next year.

In October 2000, Grillo married the actress Wendy Moniz. The lovers met at the set of the series Guiding Light: their characters were in love, and the feelings infiltrated into real life soon. Frank and Wendy did not hide their happiness: they often kissed and hugged in front of the shooting team.

The artists have two children together: the sons Liam (born in August 2004) and Rio Joseph (born in January 2008).

January 2017 brought the premiere of the crime movie The Crash. It is a story about a group of losers who tried to save the world from an economic catastrophe. The project starred Minnie Driver, Ed Westwick, and AnnaSophia Robb.

September of the same year was marked with Jeremy Rush’s thriller Wheelman. Frank personified a professional driver working for criminals. One day, when a robbery goes wrong, he finds himself in a car full of cash; his 14-year-old daughter is there, too. Thus, the main character has to reveal who stitched him up and why. The year ended with the sci-fi movie Beyond Skyline.

In 2018, fans could enjoy Frank’s acting in Brian A. Miller’s Reprisal and the drama Donnybrook.

Despite his business, the artist does not forget about his fans: he often shares photos from a movie set or vacation videos on his Instagram page.

Besides, one can find many materials about the celebrity on web sites and printing editions.