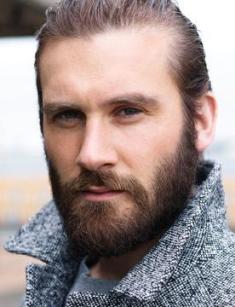 The charming British actor Clive Standen fascinated the audience thanks to his bright series roles. However, many fans have no idea that the “Viking” could have chosen the career of a stunt and never appear on the screen as an artist.

Clive James Standen was born on July 22, 1981, in a military base in North Ireland, where his father served. Soon after the boy’s birthday, the family moved to the east coast of Great Britain, Leicestershire. The would-be actor went to the King Edward VII School there and then enrolled at Melton Mowbray College to study performing arts.

Paradoxically, the future celebrity did not dream of fame: he was much more interested in dangerous tricks. The young man was fond of martial arts; he was a good horse rider and fencer. Childhood training proved to be fruitful: the 12-year-old boy was accepted to a professional stunt group in Nottingham. Three years later, Clive was invited to the National Youth Theater.

As long as Standen chose between the stunt and acting careers, he started touring with the theater troupe across the country and earned the audience’s recognition. The success helped the young man receive a scholarship at the London Academy of Music and Dramatic Art; it covered all the educational costs.

Further on, the artist switched to television. In 2004, people saw him in the popular British series Walking the Dead; another project, Doctors, followed the next year.

The actor has never lacked new offers. In 2004, he appeared in the TV movie Ten Days to D-Day as a Canadian Commanding Officer; the project won the Emmy Awards. Critics also appreciated the next work, Tom Brown’s Schooldays. Standen did not forget about series and took part in an episode of Zero Hour in 2007.

The creators of legendary Doctor Who noticed Clive and invited him; he personified Private Harris in 2008.

However, the real fame came only in 2009, when the man gained the part of Archer in the popular show Robin Hood. Tall (6.17 feet, or 188 cm.) and athletic, with lots of stunt experience, Standen seemed perfect for such roles. Soon, he played Sir Gawain in the historical series Camelot and combative Hagen in the full-length action Hammer of the Gods.

In 2013, the artist joined the main cast of the TV series Vikings. He was given the role of Rollo, the protagonist’s brother; Standen continues to work on this character today.

Despite the heavy filming schedule, Clive did not limit himself to this project and had an episodic part in the series Atlantis in 2014. The movie Everest followed in 2015.

There is little information about the actor’s personal life: he tries to keep it away from journalists. In 2007, the man married his long-time girlfriend, Francesca. Three children have been born in the family: the daughter Edi and the sons Rafferty and Hayden.

Today, Clive, his wife, and kids live in London. One can learn the latest news about Standen on his Instagram page; he often shares vacation photos and work-related moments with his subscribers.

In 2017, fans could see the actor in the French-American series Taken by Luc Besson. He personified the main character, the spy Bryan Mills recruited by the CIA. The movies Patient Zero and In Like Flynn also brought the artist new roles in 2018.