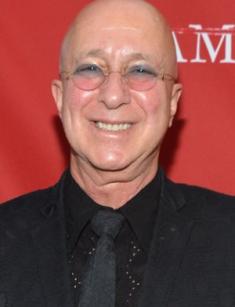 Paul Allen Wood Shaffer is a Canadian singer and songwriter. He is also a talented comedian and multi-instrumentalist. The musician is best known for serving as a musical director and bandleader at the show Late Night with David Letterman. He performs in the following musical genres: rock, pop-rock, and jazz.

Paul is from Canada; he grew up and spent his childhood there. Shaffer was raised in a Jewish family.

From an early age, Paul has been demonstrating a talent for music. His parents Shirley and Bernard Shaffer, after they saw potential in son, decided to teach him piano lessons. Being a teenager, Paul played the organ in a music band.

Shaffer got an education at the University of Toronto. During that years Paul got acquainted with the jazz guitarist Tisziji Muñoz. Together they performed in bands giving concerts in the bars. Paul became interested in musicals, while performing around different places in his surroundings. In 1971, he finished his studies as a sociologist. The same year he appeared for the first time in the movie North of Superior playing the organ at an outdoor wedding.

Paul's career started in 1972. At first, he was the musical director for the Toronto production of musical Godspell. The next important stage in his musical career was becoming a member of the house band on NBC's Saturday Night Live. The pianist once appeared in the show as Don Kirshner, an American music publisher.

Later the singer was invited to work on Gilda Radner's Broadway show which turned out to be rewarding. Paul spoke out that he had a romantic period in his life. During the time, when he spent many days in the studio, he fell in love with Gilda Radner.

The talented musician realized all opportunities opening in front of him. He continued his way in the world of music. Paul began to appear on a studio record for Radner. He started to devote a lot of time to spending time there.

Beginning in 1982, Paul served as musical director for David Letterman's late night talk shows: as leader of "The World's Most Dangerous Band" for Late Night with David Letterman on NBC. He was the leader of the CBS Orchestra.

Paul has worked with a wide range of artists. All collaborations were a huge success.

In 2017, Paul decided to reunite with his band. They recorded the self-titled album Paul Shaffer & the World's Most Dangerous Band. The team consisted of following musicians: guitarists Sid McGinnis and Felicia Collins, ex-Parliament-Funkadelic keyboardist Bernie Worrell, bassist Will Lee, and drummer Anton Fig. After the band released their album, they went on tour.

Paul wrote and performed the theme song and bridging music on Letterman's current Netflix series My Next Guest Needs No Introduction with David Letterman which came out in 2018. Paul was asked by Letterman to make music for the show. The score initially included drums but the show's producers and director thought that the music should "feel like it's Dave's old friend Paul playing". That is why the musician decided to include piano and organ.

Paul competed on the second season of the TV series, a reality singing competition The Masked Singer. He said that this experience was one of the best in his life and he was happy to be a part of the show.

The singer is the owner of such awards as ASCAP Film and Television Music Awards (1995), Writers Guild of America (2001), Grammy Awards Best Country Instrumental Performance Award (2001).

Among the latest news, there was a story about Donny Osmond, a notorious American singer, who remembered the time in the year 1994, when on The Late Show, he played “the warden” in a supposed made-for-TV movie about the Menendez brothers, starring Letterman and Paul Shaffer. Lyle and Erik Menendez were convicted of killing their parents in a high-profile case. Osmond had only one line, but the whole thing was just ridiculous. Paul is not only a musician. He is a very versatile person. He has a great sense of humor, and turned out to be the first person on SNL show to use a swear word in this speech. Shaffer has appeared in numerous movies over the last years.

The musician is known to be a member of Canadian charity Artists Against Racism.

Paul has a Facebook account with almost 10,000 readers, and he also runs an Instagram page with over 6,000 followers as of 2019. On the official website there is all the information about recordings and upcoming concerts of the musician.

The singer has a net worth of $30 million. His salary mainly comes from concerts and starring in movies and tv shows.