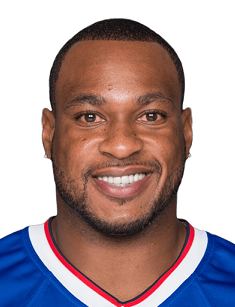 Percy Harvin is a former American football wide receiver. He played college football at Florida and was drafted by the Minnesota Vikings of the National Football League (NFL) in the first round of the 2009 NFL Draft. However, he has problems with health: the player suffers from anxiety, and at present, Harvin tries to cope with it.

Harvin was born in Chesapeake, Virginia, USA. His father's name is William Percival Harvin, Jr. His mother, Linda, worked as a nanny for children at their home. Percy remembered as he helped with the kids when he was a little boy. He has older sister, Lintera.

From early childhood, Percy showed high results in sports. He was always in great shape. His talents were noticed by couches, and when he was 13 years old, Harvin performed in the field, leading the team to a national championship.

During his studies at Landstown High School in Virginia Beach, the young boy demonstrated his speed in football and excellent skills.

Percy took part in the 2006 U.S. Army All-American Bowl. He also had great scores in basketball. In 2005, judging by his stats, Harvin was named one of the most highly acclaimed high school football players in the country. However, not everything in his life went smoothly. The player had some controversies and even scuffles with other players during the matches. Despite these facts, the sportsman was called one of the best high school players.

Harvin attended the University of Florida in Gainesville, Florida, where he played from 2006 to 2008. He was named a key offensive player during the Gators' national championship season.

The player's debut was during the game for the Florida Gators in 2006 when the team played against the Southern Mississippi Golden Eagles. Percy suffered traumas several times, that is why he had missed some games. He came back for the Auburn game. However, soon, he suffered a neck sprain in the game and was unable to continue to play.

He was seen later performing in the SEC Championship Game against Arkansas. The gifted sportsman demonstrated great results during the game, and, despite his numerous injuries, he was given the SEC College Freshman of the year award.

In 2007, he began the season as the starting receiver for the Gators. He contributed greatly to the victory over Tennessee. In November, the player had his best game of the season according to the stats, in a victory over Vanderbilt.

The sportsman had to undertake a heel surgery and it took him a long time to recover. At that time, the player focused on gaining his weight. He thought he was ready for the season opener against Hawaii, but the doctors and the coaches weren't sure about that. They offered the player to miss the game. Sometime later, Percy had another ankle injury. He appeared only in a 2009 BCS National Championship Game against Oklahoma. The strong-willed player managed to finish his college career with fantastic scores, despite his frequent injuries.

In 2009, the player was confirmed by documentary evidence to smoking marijuana at the NFL Combine, and after that, several teams removed him from their potential draft rosters. The same year, Percy signed a five-year contract with the Minnesota Vikings. After his first career NFL game, Percy became the first player in the team ever to score a touchdown in each of his first three games.

In 2010 the sportsman performed as a kick returner in a late addition to the 2010 Pro Bowl roster. The first year in the NFL was very successful to the player. But he again had to miss several games because of illnesses. Harvin had migraine headaches, which didn't allow him to perform well.

In the 2013 season, Percy played for the Seattle Seahawks team. In summer, he was placed on the reserve because he was physically unable to perform well on the field.

In 2014 the player had joined the New York Jets team for one year.

In October 2019, Percy revealed that he used to get high on marijuana before every NFL game he played. He stated that he used the drug to manage his anxiety after seven prescription medications that didn’t help him.

Percy had a talk with Bleacher Report’s Master Tesfatsion where he talked about playing while high and punching the football wide receiver Golden Tate before Super Bowl XLVIII. According to the player, his decision to give Tate a black eye before Seattle’s Super Bowl win over the Denver Broncos was not accidental. The sportsman explained his health condition, mentioning his struggles with anxiety.

In 2013, Percy had some controversies with Aaron Hernandez, an American football tight end. Percy went crazy after finding out information about Aaron Hernandez's contract. He knew about the extension of his former Florida teammate, and he did not agree with his salary.

The player have had not only “enemies”, for example, he had a beautiful friendship with his best fellow Brett Favre, a former American football quarterback. Many people said that Brett took him under his wing like a little brother.

In the interviews after his retirement, the player noted that it wasn't easy for him to get used to life without football. Now he admits that he still deals with anxiety at times, but he is engaged in summer classes at Florida, where he is completing his psychology degree. The former player has a desire to help other people to learn from his experience.

The sportsman has been in a long term relationship with Janine Williams. The two started dating during their studies at the University of Florida. But she didn't become his wife officially. Percy has been raising an adorable son Jaden Harvin with her. He was born in 2013. Although the couple have been together for a long time, Percy and Janine decided to split up and live separately.

The former basketball player has an Instagram profile. But the amount of his followers is not so high: he has only 5000 subscribers. But it seems that the sportsman is not active on social media, he rarely posts photos, although there are several pictures with his son on his page.

The net worth of the player, which sums up his career earnings, is estimated at around $18 million.