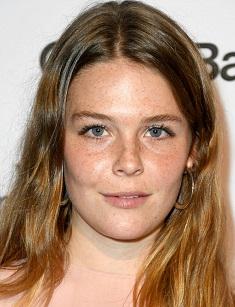 She is a talented singer whose story tells us what can be when preparedness meets with luck. Indeed, the 24-year-old singer is skilled as well as lucky. The particular case helped her to take the music industry with a storm and to establish herself as one of the most exciting and authentic singers of modern days.

She was born in the middle-class family on the 25th of April in 1994. She is not the only child; her parents also have a son and a daughter. Since her childhood, the girl enjoyed classical music, at the age of eight, she began to study piano with a teacher.

She proved to be one of those singers who take the music industry by storm. After releasing her first single, her fame has spread like wildfire, making her one of the most exciting and demanded singers.

But her fame and simultaneous success occurred to be a big surprise both to the people and to the singer too. As a student of the NYU, she was going to pursue a career in music journalism. Those times she got valuable experience working on the music journalist as an intern and transcribed and edited hundreds of many hours of interviews. Later her work had been compiled into the new book of Lizzy Goodman.

During her sophomore year, Maggie also worked on her album, her folk music was positively accepted, but it was a little local success. Then she studied abroad and traveled around Europe. Like all students, Maggie tries to mix studying with pleasure and hang out at the best clubs and venues in Europe. Here she discovered club music and under inspiration, decided to make new genre combining folk with dance music.

In 2016 she wrote a song for fifteen minutes and had an opportunity to perform it on the masterclass of Pharrell Williams, she played her song for him and got numerous accolades. This video appeared on the Internet and got millions of views. That year was the last in her education. She graduated from the university with a bachelor’s degree in music production and engineering.

This video of her song, which she performed for Pharrell Williams, became viral and attracted the attention of different record labels. After negotiations, she signed the contract on the particular conditions, which gave her more freedom to control her image and music than many artists have in her place.

Her album was released on the 17th of February in 2017. Her first album was written under big inspiration. It represents a collection of inner inside and self-searching moments. Her next album appeared at the beginning of January in 2019. After the beginning of her professional music career, she appeared on several TV shows. She also took part in numerous festivals, both national and international and went on the tour.

The singer said that she had synesthesia, the condition when one sense or several senses are perceived at once. Maggie can understand colors as a response to hearing music. Some people consider that she is a pure genius and foresee her growing population and future Grammy awards.

The singer is an activist who sounds her position publicly and reflects her experience and social issues in her music. This, he wrote a song to express empathy and unity under the inspiration of the activism of students across the country struggling for gun control. She makes donations from her merch and shows. She also fights with sexist comments on her performances.

On the 19th of October, in 2019, she has hit back the fan who asked her to take her top off. She stated that there was no place for harassment of disrespect on her show. That moment the singer was performing the song under the acoustic guitar. That’s why these words hurt her so much.

On the 1st of November in 2018, Pete Davidson made a proposal to the singer during the show, but they have never been engaged, and this proposal was just a joke. The singer has a specific style not only in music but on her apparel too. Her style became iconic for many young people, it reflects the fashion trends on the one hand and remains original on the other. Her style was jokingly called “the mix of space cowgirl and San Francisco Art Teacher”.

At present, Maggie Rogers has a net worth of over $1 million.