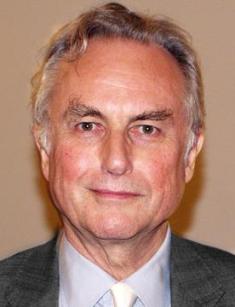 Richard Dawkins is a zoologist, theologist, and adversary of religion; he views his mission as the popularization of the scientific worldview. The man denies religion and provides many arguments to support his opinion; he also urges to arrest priests covering pedophilia in church schools. Dawkins does not mind being severely criticized; he believes his educating activities contribute to saving our society from the ambiguous influence of the religious mindset.

The future proponent of atheism was born into a traditional, moderately religious family. Although both parents devoted their lives to the sciences, they attended church every Sunday. Dawkins was born on March 26, 1941, in East Africa, where the boy’s father was sent to represent agricultural workers.

The boy grew up among the beauty of nature and showed much curiosity in the outside world; adults and the sister would often get tired, answering his questions. The children often looked at the night African sky and explored the local fauna; one day, little Richard was bitten by a scorpion – he mistook it for a lizard.

The boy returned to England for a prestigious education; he entered a boarding school for boys. Today, the scientist does not like to remember those years: teachers seemed tyrants after the freedom of Africa, and classmates mocked the teenager’s stutter.

As soon as Dawkins went to school, he dreamed of entering Oxford. The dream came true in 1959 when the young man started studying biochemistry. However, Professor Sandy Ogston recommended the student to pay attention to zoology. Richard followed the advice and realized soon it was the right choice.

Peter Brunet became the young man’s first research supervisor: he worked with him outdoors and gave him non-standard tasks that encouraged Richard to spend much time in a library. When Brunet noticed his mentee’s interest in philosophical aspects of science, he introduced him to Arthur Kane and Niko Tinbergen. The latter impressed Dawkins greatly: the ethologist and ornithologist provided individual consultations. Soon, Richard entered the magistrates in Oxford.

In 1966, the young zoologist received his Doctor’s degree in philosophy and left his home country for the United States. He got hired as an assistant to a zoology professor in Berkeley. According to the scientist’s memoirs, it was the most educational period in his career: the late 1960s were marked with the hippie movement and anti-military protests during the Vietnam War. Dawkins participated in such gatherings, despite his status as a teacher.

In 1970, the man quickly became a lead professor of zoology and returned to Oxford; he combined his class activities and wrote short essays and articles on natural selection.

The Selfish Gene made the researcher famous in the scientific world. The popular-science book described Richard’s theory: genes, not species, were the major element of evolution. The term “meme” was introduced: it was a piece of cultural evolution, similar to a gene in nature. This word squeezed in the conventional language later.

The Blind Watchmaker provoked an outcry in the scientific and religious circles. The author examined the arguments of the theologist William Paley in detail and concluded that creationism was nothing but an inadequate ideology. This publication was given The Royal Society of Literature award.

In 2008, the writer materialized the idea he had been reflecting on for several years – the book that denied the existence of God. Many publishing houses refused to print it, but The God Delusion still came to being. Dawkins convinces atheists to stop feeling ashamed of their views; he promotes the idea that children should not have the same religion as their parents automatically and explains how important natural selection is. The controversial work received much criticism.

Little by little, the scientist stopped being satisfied with teaching. In 2008, he quit his position at Oxford and presented the book The Greatest Show on Earth: The Evidence for Evolution the next year.

Despite believers’ displeasure, Dawkins continues to share ideas about the irrelevance of religion and the importance of science. His recent books deal with the overall process of evolution, not its separate elements. Besides, the man produces documentaries complementing his publications; Nice Guys Finish First and The Root of All Evil? are the most popular among them. In 2013, the audience watched another video, The Unbelievers: it was a kind of anthem to people spreading scientific ideas.

Richard grew up among boys in a boarding school, so he had little experience of communicating with women. Things changed when Dawkins met the Ph.D. student Marian Stamp; she studied biology and had much in common with Richard.

The young people married in 1967. Marian used to joke she would break up with her husband if he began to believe in God. Although the scientist did not change his opinion on the subject, the divorce happened in 1984.

The second wife had nothing to do with the sciences. Eve Barham and Richard Dawkins married a couple of months later after the man’s divorce; the daughter Juliet Emma was born the same year. This union did not last long as well.

The third attempt to create a family happened in 1992: the scientist married the actress Lalla Ward, who played in Doctor Who. Richard’s friend, the screenwriter Douglas Adams, introduced the couple to each other. The spouses divorced in 2016.

The convinced atheist is going to present new memoirs soon. Nowadays, Dawkins not only writes books but also works in his own organization: Richard Dawkins Foundations promotes scientific literacy and a secular worldview. Besides, the company finances the studies pertaining to the psychology of beliefs and educational programs.

The man delivers open lectures in American universities; he also gives speeches in Puritan and religious states of the country. The former Oxford professor has a Twitter account and shares many point-blank thoughts, which become quotes and often trigger religious people.