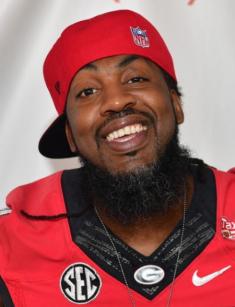 Pastor Troy is a famous artist known for his solo projects and the hardcore rap band D.S.G.B. He is one of the most productive veteran rappers with numerous concerts and albums coming out almost every year.

Micah was born in fall 1977 into the family of a military instructor Alfred, who changed his occupation and became a church pastor. This is where the stage name comes from.

Not so many facts about the boy’s early years have been revealed. Before the interest in music turned into a job and lifestyle, he went to Creekside High School and, later, Paine College.

The 22-year-old young man presented his deburring work We Ready in 1999. The second collection, I Am D.S.G.B., followed the next year and brought the song “Champion!” among other tracks. Since that time, new albums have been released regularly; certain years were so fruitful that the musician collected materials for three or four discs in a year.

Collaboration songs contributed to Pastor Troy’s international success. Ludacris was the first to invite the young rapper to his 2000 album Back for the First Time; Lil Jon, Ms. Jade, Young Jeezy, Killer Mike, and others recorded some of their biggest hits with Troy.

Universal Soldier, By Any Means Necessary, and Tool Muziq have been the most popular albums of the artist. The former reached the second position in the R&B chart. Football fans, especially those supporting the Atlanta Falcons, are well acquainted with Pastor Troy thanks to the remix “We That” by Mr.Celebrity, Pastor Troy, and Khujo Goodie.

Apart from his solo career, Troy is actively developing as a group member. D.S.G.B. (Down South Georgia Boyz) stands out for its aggressive, rough sounding and represents the darkest side of the gangsta rap and Southern hip-hop genres.

The musician does not seem to have a girlfriend. There were rumors that the Little Women star Minnie Ross was in a relationship with him and even expected his child, yet Troy denied all the speculations. The celebrities are just good friends, not a husband and a wife.

Fans love the rapper’s unique style and outfits: he can be easily recognized thanks to his beard and dreadlocks.

One can find the latest news about their favorite’s life on his Instagram and Twitter pages. The man often shares selfies, release news, and moments with friends there.

At the beginning of 2020, Pastor Troy homophobically criticized the bright pink outfit of Lil Nas X, which the artist was wearing on the Grammy ceremony. Many social network users expressed their discontent with Troy’s words.