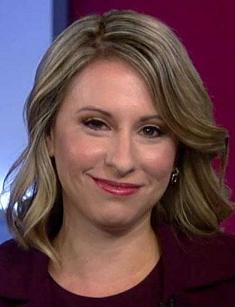 She is a rising star and a promising politician of her party. Despite the prominent achievements, last days the media concerns about her personal life more. After publishing controversial photos, her career has come under scrutiny. Only a high endurance and passion for being a politician helps her overcoming the controversial situation when her private life was turned inside out.

She was born in the middle-class family and raised by her mother, a nurse, and a father, a police lieutenant. Unfortunately, there is little information about her educational background. It is known that she studied English and Public Administration and gained a bachelor’s degree in California.

The beginning of her career was prolific and successful. She worked as a policy advocate in the non-profit organization, which helps homeless people to find a dwelling. As a result, she managed to transform this organization from the local company into one of the most prominent in the state.

In 2017 she decided to participate in elections and announced her candidacy. In the primary elections, she became the second who receive the most votes. In the general elections, she faced Steve Knight. Their campaign was called a real competitive race and the most millennial ones. Her hard work was highly recognized, Barack Obama endorsed her campaign, and the HBO released TV series in a documentary style. She also was chosen as the freshman class representative for the Democrats.

He is a real star fundraiser ad her national profile is growing. She raised over $8 million for her campaign. In 2019 the rising star of the party was alleged to have incorrect relations with two staffers. But she denies it and thought that is a campaign orchestrated by her husband and political opponents. Her opponents called her to resign, but the congresswoman stated that she wasn’t going to quit.

Her key issues consisted of healthcare and rebuilding the middle-class. She stands for a policy that addresses income inequality and affordable housing. She also was one of those candidates who denied to take money from corporations. She raised more than $400,000 in the first quarter of 2018. She is a supporter of comprehensive immigration policy and security along the southern border. As a bisexual, she considers that Congress should have more LGBT representatives and stated that she is ready to protect their rights.

In autumn 2019, she announced her supporting impeachment proceedings. If Congress confirms reports of egregious misconduct that threaten the security of our country or undermine faith in our democracy, I will vote to impeach the President.

She identified herself as a bisexual and was the first bisexual person elected to Congress in the district. In 2010 she married the artist, but in 2019 she filled the divorce. She stated that her husband did everything to humiliate her. It was announced that the investigation would be held according to her allegations.

She was accused of having relations with two staffers in 2019. Interestingly, she denies the relationships, but the congresswoman hasn’t given any comments about whether she had had sex with the aide. There were also released photos of her and the other woman. The police launched the investigation.

On the posted photo, the naked congresswoman is brushing hairs of another naked woman. She couldn’t deny this fact, that’s why she apologized to constituents and promised to work with the Ethics committee. The RedState published the photo at the end of October. After her speech concerning the President’s impeachment, she wrote that being abused by her husband, she was involved in the relationships with the staffer. Hill agreed that it was inappropriate, but she “still allowed it to happen.” She said the release of the photo is a despicable attempt to destroy her and her close people.

“I am still in love with her,” Hill texted Heslep. “It rips my heart out every time I have to see her or have someone say something nice about her.”

She appeared on the series of photos, which burn a lot of questions. For example, the tattoo on her bikini zone which resembles symbols of the Nazi era. This fact allowed to suspect her in hypocrisy as she previously criticized the woman with such a tattoo on Facebook.

At present, Katie's net worth is estimated at $1.5 million.