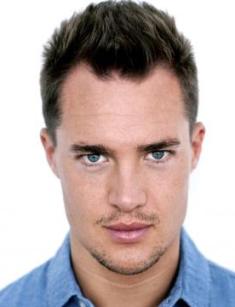 Actor Alexander Doetsch, better known as Alexander Dreymon, is a true citizen of the world. He was born in Germany on February 7, 1983, but lived there for only a few months. First, his parents moved to France, where Alexander spent most of his childhood. The reason for moving was the illness of his mother’s sister. The woman fell from a horse during the horse racing and was seriously injured. The mother decided to look after her sister.

During the stay in France, Doetsch's parents reportedly divorced. The mother got married again, and Alexander moved with her to his stepfather in Switzerland. But they did not live there for a long time. His stepfather had to move to the USA due to business; he briefly stayed in Texas and South Dakota, then went to Bali and Brazil. Dreymon and his mother traveled to different countries together with him.

From an early age, Alexander knew his vocation. He liked the cinema most of all. Therefore, acting was the only profession he dreamed about. The зarents tried to dissuade their son from pursuing this career. One day, his father, who worked as a heart surgeon, took him to the hospital, where he showed open-heart surgery. After that, the boy finally decided to become an actor. After graduating from school, Alexander Dreymon studied acting in France for three years. Then he trained at Drama Centre London for another three years.

Alexander Dreymon began an acting career quite late. He made his film debut at the age of 27. For the first time, viewers saw Dreymon in the movie Ni reprise, ni échangée, in which he played a bit part. Eminent directors immediately noticed the young actor with a handsome appearance. He began to receive proposals for new roles regularly.

The following year, Alexander Dreymon played in two projects: Sotto il vestito niente - L'ultima sfilata and Christopher and His Kind. The first movie is an Italian crime thriller, directed by Carlo Vanzina. The events take place in Milan during the high fashion week. Sicilian inspector Malerba investigates the murder of a model and finds evidence against the famous designer, Marinoni.

The film Christopher and His Kind tells of a London writer and dandy, Christopher Isherwood, who was tired of his boring life and went to Berlin, where he was looking for thrills. Christopher is a homosexual. He spends time in bars, where he meets representatives of sexual minorities. The movie describes pre-war Germany. Alexander Dreymon played a rent-boy, Caspar, who had a torrid love affair with Christopher. After a while, the title character finds out that Caspar is a member of the Nazi party.

The next project, in which Dreymon appeared, was the action movie Resistance, which told about the mysterious events in an isolated village in Wales, where all men suddenly disappeared. Women go in search of the missing. However, in 2013, he played a truly starring role, which made Alexander Dreymon a famous actor. This year, the actor appeared in the third season of the popular TV series American Horror Story. The series was a huge success and brought the participants of the project considerable fame. Dreymon played Luke Ramsey, a mysterious young man whose home was located next to the witch school.

In 2015, the historical TV series The Last Kingdom was released. It tells about the reign of Alfred the Great, King of Wessex, who managed to recapture the land from Viking Danes. The title character of the film is a descendant of the Saxons, Uhtred of Bebbanburg. He was abducted in infancy by the Vikings, who raised the boy. When Uhtred grew up, he had to decide whom to fight for. Alexander Dreymon played the title character in the movie.

The actor is not married. The private life of Alexander Dreymon is a closed book. He often appears together with beautiful women and handsome men in public.

As of 2019, the exact figure of Alexander Dreymon’s net worth is under review, but he has an estimated value of around $500,000.