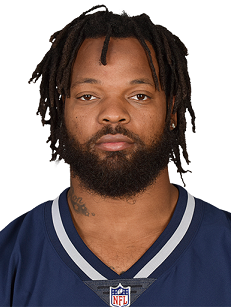 He is a professional footballer who played more than ten seasons. The extensive experience in the defensive position allowed Michael to establish himself as a stable and critical player of the team. Due to his numerous drafts from one team to another, he got the name “well-traveled.”

Having good genetics and athletic body type, as a child, Michael devoted all his time to sports activities. He became a real star at school, gaining accolades and prestigious titles. Even though he was outstanding both in football, track and field, and baseball, the boy chose to pursue the career of the footballer. He was born in Louisiana in a big family in 1985. He has three brothers and two sisters.

He played for the college football team for three years. The 2005 year was the most illustrative, as the footballer appeared on eleven games and started four. This year his stats included 27 tackles, 3.5 quarterback sacks. In 2006 he continued playing as a tackler and made 27 tackles, six sacks, and six tackles for loss. His statistics became in 2008 wasn’t much better, and the analysts called his game inconsistent.

In 2009 he became an undrafted free agent after signing the contract with the team in Seattle. He worked much with coaches who searched the most appropriate position for him. As a result, he began playing as a pass-rushing tackle. His game wasn’t much impressive, and the team waived him to take a more promising player.

In 2009 the player started his game for the Buccaneers. Here he managed to unleash the potential as a defensive tackle and became a crucial part of the defense. His best season for the Buccaneers was 2012 when he made record including career-highs in tackles (41), sacks (9), and forced fumbles (3).

Then there was the second stint in the Seattle Seahawks. Here he continued displaying impressive games and became a key contributor to the team’s defense. In the beginning, he signed a one-year contract but later gained a four-year contract with an excellent financial bonus. This was the best time of the defensive player. He was called the best player repeatedly and was included in the top 100 best players. In 2014 he won the most prestigious title – Super Bowl.

In 2016 he signed one more contract with the team and gained three more years. But in 2018, the group decided to trade the player due to an exchange bargain. He played for the Eagles short period, as his new team decides to trade him. He was suspended by the team, as the footballer said due to philosophical disagreements, several days after the incident, Michael was sold.

On the 4th of October, the footballer became the player of the Dallas Cowboys. This news was widely discussed in the Media. Many people found this decision controversial, but Michael Bennett said that he believed that the experienced player was able to help the team.

During his career he made earnings about $50 million, his annual salary is $7,5 million. Michael’s net worth is estimated at $28 million. Of course, he was injured several times. One of Michael's most severe trauma is the broken ankle, which made him miss matches for some time.

In 2012 the player married. His wife is named Pele. The couple has got three daughters. He endorsed Bernie Sanders several times due to supporting his views about climate change and social justice.

The athlete was involved in legal issues several times. Thus in 2017, he had a feud with three police officers in the night club. The footballer accused them of using excessive force, but the videotape hadn’t proved it. The investigation of this case has been continuing.

In 2018 he was claimed to injure the elderly paraplegic worker. The date of the trial was postponed seven times as a result charged against him was dropped because of insufficient evidence.