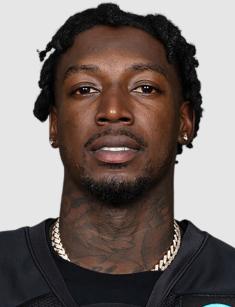 Calvin Ridley who was born on December 20, 1994 is an American professional football player. He played for the Atlanta Falcons until 2021 when he took a hiatus from his football career. In November 2022, he joined the Jacksonville Jaguars as a wide receiver.

Calvin hails from Fort Lauderdale, Florida, but attended high school in Coconut Creek, Florida. His father, Colin Ridley, was an undocumented immigrant who was deported back to Guyana when Calvin was just 7 years old. His mother's name is Kay Daniels, and she was a track star in high school. She raised Calvin and his brother Riley alone. Calvin's brother is a wide receiver as well. Their grandmother was a basketball player.

Calvin started playing football while attending middle school and continued to pursue the sport at Monarch High School. He then enrolled at the University of Alabama. At the beginning of 2018, Calvin decided to skip his senior year to participate in the NFL Draft. He became the 26th overall draft pick and signed a four-year contract with the Atlanta Falcons. Calvin's signing bonus was 6 million dollars. He was named rookie of the month in his first month as a professional football player.

During the 2021 season, Ridley announced that he would be stepping away from football because of personal problems. The team's coach Arthur Smith later stated in the interview that he supported the decision because the Falcons care about their players' mental and physical health. Calvin Ridley and Minnesota Vikings wide receiver Adam Thielen became one of the few football players that talked about their mental health struggles publicly.

In 2022, Calvin Ridley was suspended for the season for betting on NFL games. He posted a series of tweets protesting the decision, which received comments from fellow football player AJ Brown.

In February 2022, the Atlanta Falcons were rumored to be considering swapping Ridley for Amari Cooper, but the trade never happened.

At the beginning of November 2022, the Atlanta Falcons decided to trade the suspended wide receiver to the Jacksonville Jaguars. The team hopes that Ridley will repeat the success of Allen Robinson, who left the Jaguars in 2017. Fantasy football expert Mike Fanelli, however, is wondering if Ridley has any value at the moment as he remains suspended by the NFL. Nevertheless, Ridley is scheduled to replace receiver Marvin Jones Jr, who became a free agent.

Calvin Ridley is engaged to a woman named Dominique Fitchard, who is also known by her Instagram handle Dominique Michelle. In June 2020, the couple welcomed their daughter, Cree Michelle Ridley. Dominique owns a hair extension business.

Calvin endorsed such brands as Nike, Pizza Hut and AT&T.

During his career, the player was injured three times.

Ridley set up the NFL record for most receiving touchdowns by a rookie in his first four games. He also has two Falcons franchise records.