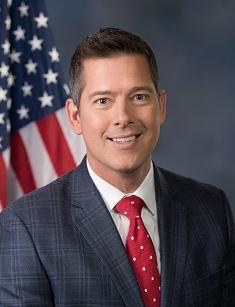 He is a political figure who served as Wisconsin Congressman from 2010 to 2019. Being a multitalented person, he succeeded in various spheres – television, policy, and sport. Besides, he is a dedicated family man and a practicing religious person. The recent year he attracted attention to his family after the announcement of his resignation. His family had to overcome not simple times when the ninth child was born with Down Syndrome and heart issues. That's why the congressman decided to leave his position and devote all his time to the family.

He was born in a big family, the tenths of eleven kids. He received a good education and graduated from university with a bachelor's degree in Marketing. He also attended the college of law and gained a degree in law. In his childhood, the boy went in speed climbing and logged rolling.

His career as a politician was mixed with his television career. Thus he appeared on TV for the first time in 2003, working as a commentator for competitions. Having athletic body type and skills earned in his childhood, Sean managed to take part in the Outdoor games of ESPN both as a competitor and a commentator. He participated in numerous TV shows, among them the Real-world is the famous one. Meanwhile, Sean served as an attorney from 2002 to 2008 in Ashland County District. In 2009 he decided to run for Congress and resigned soon from District Attorney.

He became a congressman in 2010, with election results 52%. Later he was re-elected several times and continued to represent Wisconsin. There is no information about his net worth and salary. As to political views, he shared the views of the Republican party. He supported Donald Trump during the 2016 presidential campaign. During his career, he wasn't involved in any controversial situations and seemed to be a decent man both in career and ordinary life.

His first elections were held in 2009-2010. That time he was underdog, but soon made impressive progress and became a prospective political person. As experts considered, this victory became possible due to his rich experience as a district attorney, grassroots organization, and fundraising.

In 2011 he came under scrutiny when the reporters released the video of a public town hall-style meeting in his district. In 2012 he was challenged by Pat Kreitlow in 2014 by Kelly Westlund. All these year's Sean confidently won the elections as well as in 2016 and 2018.

He is a family man. His wife is a TV personality. The couple has got nine children. In 2019 Sean announced that he resigned due to his youngest child's heart condition. The politician decided to devote more time to his family. His religion is Catholic Christianity. It is reported that his ninth child was born with Down Syndrome. He told the press that his child needed open heart surgery to fix the valves and repair the holes.