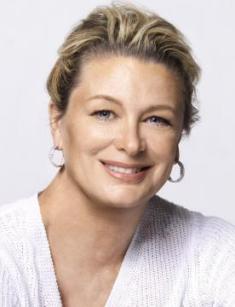 Kristin Hannah is a modern American writer famous for many bestsellers. Her novels portray people close to any reader; many of them are about women and their realistic lives, full of uneasy turns.

The would-be writer was born on September 25, 1960, in California. The girl spent her childhood in sunny beaches, surfing; extreme activities did not attract her much, but her nature was, nevertheless, adventurous.

The woman believed she had inherited that from her father – he bought a van, took his family (the wife, three kids, and a dog), and began to travel across the country. Finally, the Hannahs settled in Washington.

Kristin showed her artistic abilities early; the mother encouraged her daughter’s hobby to create stories. Unfortunately, the woman died early, and the little girl had nobody to develop her talent; Hannah entered a college to study law. The come-back to writing happened later, when she was pregnant: the urge to create was irresistible, and Kristin devoted herself to large texts.

In 1990, Kristin Hannah signed her first contract with a publishing house, and her debuting book was presented. The author did not practice her profession and spent her free time on new opuses.

She purchased a computer and began to catch up with what she had missed. It took her pretty much endeavor to prove herself as a professional, not just a mother with a whim. Finally, Kristin earned her recognition, and readers started buying her novels gladly; the Golden Heart and Maggie Awards followed. In 1996, the woman gained the National Reader’s Choice.

The success was rightful: the author’s stories were full of lyric emotions that every woman ever felt. One could see a teenage friendship in Firefly Lane (2005), the desire to have a sound family in The Things We Do for Love (2004), a broken-heart character in Home Front (2012).

What Hannah describes in her books often happens in real life; thus, the audience feels close to characters and remembers quotes. In 2015, TriStar Pictures bought the rights to the screen adaptation of the novel The Nightingale; the release is expected in 2021.

Kristin Hannah is a happy wife and mother. She married right after she had graduated from college.

The beginning of a writing career occurred when the woman was pregnant; it was a challenging time. Hannah spent much time in the bed and devoured books from her home library.

When the son Tucker was born, Hannah’s artistic ambitions kept growing. She turned out to be a diligent and fruitful author, combining both personal life and hobby. Kristin is absolutely satisfied with her life.

Nowadays, the writer continues to work on new stories; some books are available on the Internet free of charge.