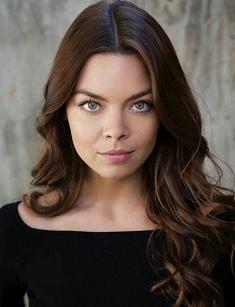 She is a talented actress who is well known for her appearance in the iconic movies. The talented and beautiful actress is demanded artist who took part in the significant projects even though she appeared in the episodic roles.

The 25-year-old actress appeared on the big screen in the episodic role in the short movie CryBaby. This sharp picture was enough for Scarlett to establish herself as a promising actress with a unique image.

Soon she received the other thrilling proposal to take part in the TV series on British television. The 2009 year was unusual for the actress, as she was proposed to stare in the highly followed movie – the sixth part of Harry Potter. She also appeared in the last two series about Harry Potter. This picture made her demanded actress who always had a job because, despite her work on the main image, she appeared on several short videos and stared at Lake Placid: The Final Chapter.

In 2013 the actress received the other constant job when she became a regular cast member of the science fiction show. She moved to Canada to stare on Falling Skies. In 2015 she participated in the other big project – she played Nora Hildegard in the Vampire Diaries. Her character appeared on the twelfth episodes of the season and then was killed along with her fiancé. In 2017 she worked alongside Gavin Stenhouse in the action movie Skybound. In 2018 she became a member of the famous dancing competition.

In 2015 she had a relationship with Cooper Hefner, the son of the founder of Playboy magazine. The couple confirmed their marriage two years later. In 2017 she appeared on the cover of Playboy nude. Her net worth isn’t known, unlike of net worth of her boyfriend, which reaches more than $40 million. She is active on Instagram. Her posting og the engagement ring emerged a bin interest to the couple.