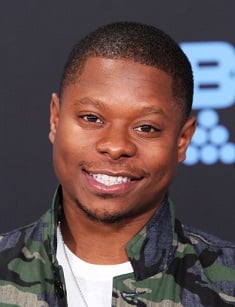 He is a widely known American actor. Through his career, he appeared on several successful pictures, which helped him to unleash his potential and establish himself as a skilled actor. Unfortunately, his flawless career was deemed by accusations of sexual harassment and followed firing from several projects.

He was born in Louisiana. However, his family traveled a lot as his mother served as an army veteran. Having an interest in art and displaying extraordinary skills after graduation from high school, he decided to pursue a career in acting. His childhood was genuinely deemed after his father's suicide. Besides, in his college years, his family lost the property after the hurricane.

In 2015 he appeared on the biographical movie, and doing best, he had brought a significant contribution to the success of the picture. As a result, he was recognized and positively accepted for playing the rapper Eazy E both by the ordinary people and critics. He received several awards as a best-supporting actor.

Besides, he was lucky to appear in several commercially successful movies, "The Disaster Artist" among them.

Tough times had started after a series of accusations in sexual harassment from Mitchel's partners when his co-stars of the TV series "The Chi" complained of his conduct. One of them is Tiffany Boone, who worked alongside the actor and played his girlfriend. The repeated complaints were documented and confirmed. The actress felt so unsafe that she called her boyfriend, who accompanied the actress on the set. In the end, the actress said that she couldn't bare working under such conditions and was released from the show. Mitchell was fired and lost control. As a result, he was displaced in the other TV series in which he was going to stare.

This news was widely discussed and attracted journalists' attention. Thus after one week of his firing, they found that producers decided to fire Mitchel when they learned about his misconduct.

Later the actor was fired from agencies where he was a top booked client. As it reported, producers tried to keep this situation under control and took some extreme measures, but it didn't help.

As to the actor, he preferred to keep silence and hadn't given any interviews. Now he keeps a low social profile. As it reported, he decided to focus on himself and get the necessary help through the counseling services. He works on anger management, self-awareness, and acceptance of responsibility.

It is rumored that the actor had relationships with the actress Mary J. Blige.

He is a demanded actor who appeared in several commercially successful movies. It is not a big surprise that he gathered a good fortune and he can not think of money. His net worth is $1 million.

Though the actor stays single, he has two children. His first daughter appeared in 2012, and the second daughter was born in 2013.

He has many tattoos. In 2016, he was accused of assaulting the young girl. He tried to kiss the 18-year-old girl, and when she refused, the actor got angry and grabbed her wrist.