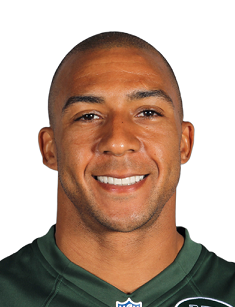 He is a former professional tight-end. Having a natural talent and flawless athletic skills, he followed his father’s steps and played significant football part of his life. Experts praised his style. The footballer received numerous accolades.

Since his high school days, he played football. The boy was obsessed with the game and dreamt of becoming a pro player. Despite his classmates who hanged out and enjoyed their free time, Kellen trained like a professional footballer, lifted weights, watched editorials, kept the diet.

As a result, the teen displayed the natural talent of his father and decided to become a footballer too. He is the son of the legendary tight end, Kellen Winslow.

The footballer mentioned that before entering the college, his father and he argued a lot trying to make the best chose for him. He displayed a fantastic game during his college period and received the most prestigious awards. He was a significant part of his team and led them to the number of victories. Besides his splendid games, he took attraction after the controversy in 2003.

When in an interview, he named himself “f*cking soldier,” even though he had never served in the army. Later the footballer apologized for it.

In 2004 he was drafted and played for the team in Cleveland. As a member of the Browns, he played on the position of tight end for four years. Then he successfully performed for the Buccaneers from 2009-2011 with impressive stats.

At the beginning of his pro career, he severely injured his knee. The trauma didn’t let him unleash all his potential. However, a year later, he played much better. The 2007 season was one of the best for the tight end when he led his team to the main title.

After 2011 he had a downfall in his career. In 2012 and 2013, he played for the Hawks and The Jets short period. Nevertheless, he accumulated a good fortune. His net worth is $16 million. In 2016 he attempted a comeback, but any team hadn’t offered him a contract.

He married in 2006 to his girlfriend, Janelle. She is his long-termed girlfriend. They met when they were 14. In 2011 and 2013, Janelle gave breath to two kids, a son and a daughter. His marriage began breaking in 2018 when the former tight end was arrested and charged in the kidnapping and raping two women. One of his victims was a 54-year-old hitchhiker. He also was charged in rapping a 17-year-old girl in 2003. Moreover, he was indicted on two counts of lewd conduct towards two other women.

His father and wife stated that they believed in his innocence and were going to support him during legal proceedings. As to the footballer, he also denied all accusations. Nevertheless, the juries convicted him of a lewd act in public and rape. But the court confirmed mistrial, and the new trial had begun at the end of September in 2019.

However, his wife decided to file for divorce due to irreconcilable differences. They separated in 2018 but stayed in amicable relationships. In 2019 he had to pay $2 million bails. As to the footballer, his main aim is to avoid a life sentence. He got temporary freedom, though he is still accused of the number of lewd conducts and raping.

His legal history began in 2014 when he was charged with drug possession. He received a conditional discharge. In 2018 he was charged for burglary. In summer, 2018 he was charged in raping and kidnaping. He was placed on house arrest. In March 2019, he was jailed after revealing two more counts of lewd conduct, which he committed in February 2019.

On November 4, he pleaded guilty of raping of the unconscious teen, as well as sexual battery on the 54-year-old hitchhiker. He agreed on the exchange bargain. As a result, the court decided to sentence from 12 to 18 years in prison. Before this bargain, the footballer was facing a life sentence. His defense attorney stated his client suffered from brain trauma and encephalopathy.