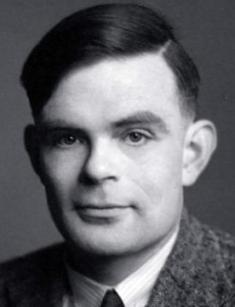 In 1936, the scientist Alan Turing proved that there was no universal method of finding the truth in mathematics; it was published in On Computable Numbers, with an Application to the Entscheidungsproblem. Thus, mathematics will always work with unsolvable problems. Turing’s materials on this issue became the foundation of academic research dealing with artificial intelligence.

Alan Mathison Turing was born in Maida Vale, London, on June 23, 1912. The boy attended the prestigious Sherborne School and showed his interest in science; although teachers noticed his unusual talent, they did not take it seriously.

The mathematician’s biography is full of exciting details. For example, his first day at school coincided with the beginning of a strike; he had to ride the bicycle for a hundred kilometers before he reached a safe hotel, far from raging crowds.

Further on, the young man entered King’s College, Cambridge, and spent three years there. Defending his thesis, Alan proved the central limit theorem and became a member of the teaching staff.

Colleagues thought young Turing was weird. He devoted much time to science and did some sports in his spare time. There is a picture dated back to 1946, where Alan is running a marathon.

In 1936, Turing presented On Computable Numbers and introduced the idea of a universal machine, known as Turing machine today. It could calculate anything; modern PC construction is based on the scientist’s project.

The researcher focused on mathematics and cryptology then and entered Princeton University in New Jersey. The doctorate thesis defense was successful; the young scientist returned to Cambridge in 1938 to get hired part-time at the Government Code and Cypher School. It was a British governmental organization working on code breaking.

It was 1952; Turing opened the door and froze. Every room was turned upside down; furniture was ripped open. There was a note on a table: if Turing went to the police, his intimate secret would be revealed; the world did not know the famous scientist was gay. Alan did not allow to treat himself like that. However, the robbery problem became insignificant when police officers discovered the evidence of the mathematician’s sexual orientation.

At the beginning of the 1950s, homosexuality was illegal in the United Kingdom. Turing had to confess he had a sexual relationship with the 19-year-old criminal Arnold Murray; he was accused of indecency and arrested. There were two choices: either to be imprisoned or undergo a chemical treatment with synthetic estrogen injections for a year. Turing preferred the second; chemical castration made him an impotent eventually. Because of the sexual orientation disclosure, the scientist was banned from working on the GCCS cryptology.

Alan Turing became the leading decoder of German codes during the World War II. He worked at Bletchley Park, GCCS military station, and made five big discoveries, including the electro-mechanic device to decipher the signals of the German Enigma machine. Colleagues nicknamed the scientist “Prof”, and the work about Enigma deciphering was called “Prof’s Book”.

It was not the only achievement: Alan also wrote two articles on mathematical approaches to decoding; they became strategically important assets of Cypher School. These materials were given to the UK National Archives only in April 2012.

By the end of the war, Turing moved to London; National Physical Laboratory employed him. At that period, the scientist led the automatic computing mechanism designing and, eventually, created a novel model of a computer with corresponding program products.

Although the full version was not released, its concept was used as a model in many technological corporations all over the world; it was traced in the English Electric DEUCE and American Bendix G-15, which were the first personal computers ever.

Turing had high-ranking positions in a mathematics department and computing laboratory in Manchester for a while. In 1950, he drew his attention to the artificial intelligence issue and presented the article “Computing Machinery and Intelligence”. He suggested an experiment, known as the Turing test, to create a standard for further technical development. In recent decades, the test became a notable variable in AI discussions.

Deprived of the scientific work, Turing was depressed. Because of hormonal drugs, he suffered from hair loss and low appetite; sexual desire disappeared, and breast tissue was deformed.

The great scientist died on June 7, 1954. His housekeeper prepared breakfast and went upstairs, to his bedroom, to invite him to the table; she founded the dead body in the bed, and a bitten apple was on the bedside table. According to the autopsy report, poisoning with cyanide and following asphyxia caused the death.

Pieces of the apple were found near the body, although none of them were inside the stomach. However, there was the liquid smelling like bitter almond and cyanide solution there; other organs were also notable for the same smell. Suicide was named the official version.

The philosophy professor Jack Copeland, who studied Turing’s life, guesstimated it could be an accident: apples did not contain cyanide, and nothing in Alan’s notes gave ground to suspect him of suicide plans. However, he stored cyanide in his house.

There is another theory: when the Second World War finished, the mathematician worked on Soviet codes. Perhaps, KGB agents staged a robbery in his house and trapped him, so that deciphering stopped. There was no other man as talented as Alan Turing in Great Britain; nobody could do this job.