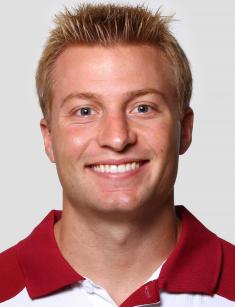 Sean McVay, whose birthdate is January 24, 1986, is an Ohio-born football coach. As of 2023, he is responsible for the Los Angeles Rams' (NFL) players' training. Sean is best known for winning a Super Bowl and being named the AP NFL Coach of the Year.

Sean is from Dayton, Ohio. He was raised in a well-settled family by Cindy and Tim McVay. Sean's dad, by the way, was a defensive back at the university. When Sean got six, the family moved to Georgia. When he was in school in Brookhaven, Sean played as a defensive back and quarterback for the local high school team. After completing his high school education, Sean enrolled at Miami University in Ohio. Since 2004 and until 2007, Sean was a wide receiver on his college's football team. In 2008, Sean successfully graduated from the university with a bachelor of science in health and sports studies.

As an assistant coach for the Tampa Bay Buccaneers under head coach John Gruden, Sean made his NFL debut. Shawn moved to the capital in 2010 as an assistant tight end coach on the orders of Mike Shanahan of the Washington Redskins after trying his luck in the United Football League. He started working as the tight-end coach the following season. He received a promotion to offensive coordinator in 2014 under the leadership of Jay Gruden, the new head coach of the Redskins, with whom he had previously collaborated while with the Florida Tuskers. Sean McVay becomes the Los Angeles Rams' head coach in January 2017. He became the NFL's youngest head coach at the age of 30.

Sean is married to Veronika Khomyn, with whom he got engaged in 2019. Veronika is a Ukrainian model that Sean met in one of Los Angeles' neighborhoods called Encino. By the way, his grandfather is former 49ers general manager John McVeigh. He also has a younger brother named Ryan McVey.

Here are the awards that Sean has received from his coaching career: