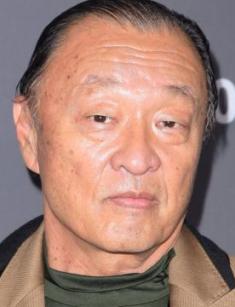 Cary-Hiroyuki Tagawa is a Hollywood actor of Japanese descent, who is famous for his work in the movies Pearl Harbor, Memoirs of a Geisha, Hachi: A Dog's Tale

The artist's major roles, in which viewers are accustomed to seeing him, are negative characters, generally a villain or a member of the mafia. But Tagawa assures that he remains a sentimental person in life, who can easily shed a tear. And the militant image is just a mask, which he saves for work in the cinema.

Cary-Hiroyuki Tagawa (better known as Cary Tagawa) was born in Tokyo in September 1950 into a family of a serviceman of the United States Army and an actress. His mother was from an ancient family, and when she expressed a desire to become an actress, she was thrown out of the house. As a child, she read to her son works of world classical literature, among which the honorary place was given to Leo Tolstoy, Anton Chekhov, and Fyodor Dostoevsky.

When the son turned five years old, the family moved to Fort Bragg in the north of the American state of Carolina. According to Cary-Hiroyuki, it was the first time he realized that he wanted to engage in martial arts.

Parents sent their son to Duarte High School, the best public secondary school in the United States. Cary Tagawa became involved with two martial arts, first kendo and then karate. He studied under the direction of Masatoshi Nakayama, chief instructor of the Japanese Karate Association.

After graduating from high school, Cary-Hiroyuki Tagawa becomes a student at the University of Southern California. After his second year, he took advantage of the student exchange program and went to Japan to continue his studies with Sensei Nakayama.

After graduating, Tagawa returned to his homeland, but felt like a stranger and returned to America. Here he tried a number of professions before making a choice in favor of acting. As a young man, Tagawa worked on a farm, drove a truck and limousine, delivered pizza, and worked as a photojournalist. Only 16 years later, he decided to become a movie actor.

Cary-Hiroyuki Tagawa's cinematic biography began in 1986 when he turned 36. The debut took place in the movie Armed Response, where the novice actor got a secondary role. In Big Trouble in Little China, he appeared only in the crowd. But Tagawa managed to attract attention, and next year he was invited to several projects at once.

The main among them, which became a lucky ticket to a big movie, was Bernardo Bertolucci's film The Last Emperor. This masterpiece made Cary-Hiroyuki a rising star in the movie industry. With the release of the tape, the Japanese actor becomes popular. Moreover, it was then when the 'bad Asians' became popular.

The actor has played many roles in which he acted as a villain. There are almost 90% of such roles in his filmography. The training in martial arts came into use in Cary-Hiroyuki Tagawa's work.

In 1988, Tagawa appeared in the comedy Twins, starring Arnold Schwarzenegger and Danny DeVito. Another year later came out the 16th series of James Bond- the tape Licence to Kill, where the Japanese artist also played. Both works were a success with viewers and critics and earned many awards and prizes. Next was a series of movies that made Cary-Hiroyuki Tagawa even more popular. These are Rising Sun, Top of the World, Planet of the Apes, Memoirs of a Geisha.

Cary-Hiroyuki often embodied famous historical or fictional characters on the screen. In the military drama Pearl Harbor, he played the legendary commander Minoru Genda. In the movie Tekken, the actor played Heihachi Mishima, the main character of the game of the same name. He appeared as a character in the Mortal Kombat universe named Shang Tsung twice: in the 1995 feature film Mortal Kombat and its sequel in the series Mortal Kombat: Legacy in 2013).

In November 2015, the short film Confession of Samurai by director Egor Baranov and screenwriter Ivan Okhlobystin was released on the Russian screens. Here, Tagawa appeared as the father of Nicholas, a priest of the Orthodox Church, and a martial artist Takuro Nakamuro in the past.

Here, Carey-Hiroyuki Tagawa appeared as Father Nikolai, a priest of the Orthodox Church, and in the past as a professional athlete Takuro Nakamura.

One of the brightest pages in the artist's filmography was his work in puppet animation Kubo and the Two Strings. Along with other Hollywood stars like Charlize Theron, Matthew McConaughey, and Rooney Mara, Cary participated in the sounding of the animation tape. The movie won many prestigious awards, including BAFTA and was nominated for an Academy Award for Best Animated Feature and Best Visual Effects.

There are dozens of works in feature films and TV series in Cary Tagawa's creative collection. Most of these are minor roles, but ones that are very bright and memorable to viewers. The artist continues to work as an actor and often acts as a producer. He did not leave the sport and even created his own system of "Chun-xing," which he uses to teach trainees. Tagawa also writes scripts and leads an active social life.

Cary Tagawa chose Hawaii as a place to live. Here he acts and runs his own martial arts school.

Cary Hiroyuki has had two marriages, which brought him three kids. Both spouses were American. Tagawa has two sons from his first marriage. His second wife gave birth to a daughter. However, this relationship also ended in a divorce. He maintains a warm relationship with his former spouses and children.

After filming in the Russian film, Cary-Hiroyuki decided to adopt Orthodoxy. He was baptized as Panteleimon in the Russian Orthodox Joy of All Who Sorrow church in Moscow. The ceremony was performed by Metropolitan Hilarion (Alfeev). According to Tagawa, this is not a tribute to fashion, but a sincere act. The artist believes that he found his place. This act of Hollywood star was covered in the press, photos of the event appeared in Twitter and Instagram social networks.

A year later, the actor received Russian citizenship. The man became a frequent guest in Russia. Here he decided to arrange his family life. For this purpose, Tagawa visited the studio of the TV program Let's get married. There he made a choice in favor of Natalia, who declared her desire to become not only the chosen of the actor but also to conquer Hollywood.

The actor is still successful in his work. In 2018, he starred in two projects - the series Lost in Space and the action movie Duel of Legends. Multi-serial fantastic film about the furrowing expanse of the galaxy spacecraft received a good rating, so soon, the 1st season will be prolonged. In the sports drama, which is still just getting ready for release, Tagawa played a major role.

Now the artist is working on several projects, including the drama Reagan. The filming began in 2019. Tagawa is in the main cast. It is expected that Dennis Quaid and Jon Voight will present the main characters.

According to the information found in different online resources, Cary-Hiroyuki Tagawa has a net worth of $20 million.