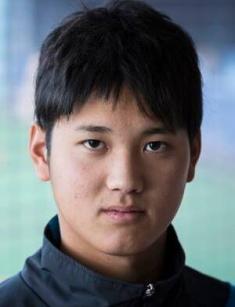 Shohei Ohtani, better known under the nickname Shotime, is a Japanese baseball player from Oshu, Iwate. He was born on the 5th of July in 1994. He is of both Japanese nationality and ethnicity. The faith he currently believes in is unknown.

Shohei is a Japanese professional baseball player who is presently a member of the Los Angeles Angels of Major League Baseball.

Shohei's birthplace is the Japanese city of Oshu. He was born to Kayoko and Toru Otani. Kayoko, his mother, was a national-level badminton player in high school, while his father worked at a local automotive manufacturing facility while also playing amateur baseball in the Japanese Industrial League.

He is the youngest of three children, with one elder sister, Yuka, and one older brother, Ryuta, who is also a Japanese Industrial League amateur baseball player. Shohei was known as a "yaky shnen" in his own country. It signifies a child who lives, eats, and breathes baseball in Japanese. He showed an early knack for the game while being coached by his father.

Shohei Ohtani set the record for the fastest pitch by a Japanese high school pitcher at 99 mph early in his career. He decided to relocate to the United States after high school to play in the major leagues. As a result, he was courted by some of the world's most powerful baseball organizations, including the Texas Rangers, Boston Red Sox, New York Yankees, and Los Angeles Dodgers.

Shohei debuted as a right fielder with the Fighters on March 29, 2013, at the age of 18. Ohtani was a pitcher and outfielder for the whole season, utilizing his powerful throwing arm as well as his exceptional hitting talents. Ohtani's third professional season was in 2015. (and the second full season). Though his hitting productivity dropped slightly (5 home runs), his pitching performance was among the best in the league, earning him a berth in the 2015 All-Star Game and a position in the Pacific League Best Nine honors. In 2017, he appeared in 65 games, hitting.332 with eight home runs and 31 RBIs while pitching to a 3-2 record, 3.20 ERA, and 29 strikeouts.

Shohei is fully concentrated on his sports career. Except for knowing Japanese, he can speak Spanish and English. Shohei is a big fan of video games, especially Clash Royale. By the way, Shohei is an ambassador for Porsche Japan, FTX, and Fantastics.

Throughout his sports career, he gained such awards as: