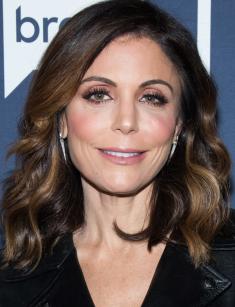 The American celebrity is well-known in society for her entrepreneurial skills and multitalented nature. She gains popularity as a reality star and businesswoman with bright marketing ideas and unique brand.

She was born in the family of a horse trainer and interior designer and was the only child in the family. The actress mentions that her early ages were difficult. Her parents divorced, and her mother was always drunk. She argued with the second husband, Bethenny's stepfather.

The girl had to change several schools. Finally, she attended boarding school with Catholic basic, where she lived on campus. She continued education in New York and Boston. She hasn't studied acting and attended the Natural Gourmet Institute.

Though she is a natural food chef for the profession, this fact didn't stop her, and she tried herself on various TV shows. The first time she appeared on Soiree Sans Hors D'oeuvres. Her TV career started on the American sitcom as a production assistant. Then Bethenny began to appear on the screen as a reality star and talk show host.

Besides, she is a smart businesswoman. She formed a company specialized in producing high-profile celebrity events. Bethenny also organized the company providing meat. There are a lot of celebrities among her clients.

She released several self-help books for women with recipes, who wanted to stay slim. She created the company under the name Skinny Girl Cocktail and sold it for $100 million. Besides, she formed a particular market with healthy food free from sodium and fat.

The actress participated in charity. She and her company helped survived people after hurricanes. In 2009 she posed without dress for the animal rights organization.

Her first marriage has lasted for eight months.

Her second marriage gifted her the only child – daughter Bryn Casey Hoppy. She was pregnant one more time, but she miscarried a child in the second month.

Her new relationship ended tragically. The actress started dating her old friend, Dennis Shields who was her friend for more than 20 years. The couple engaged in April 2018, but Dennis died in August 2018 from a drug overdose.

Last years Bethenny came across with health problems. In 2017 there were rumors that she had skin cancer. This news was affirmed. She fought with the illness and finally went on the amendment. In 2018 she had a near-fatal allergic reaction to fish after this accident the actress had memory and vision problems. In 2019 she has been diagnosed with the leaky gut syndrome.