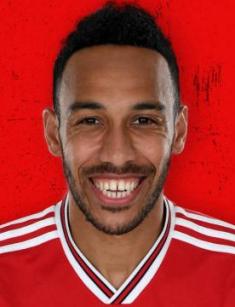 The famous French football player, Pierre-Emerick Aubameyang, is recognized as one of the best forwards of European Championship tournaments. The main peculiarity of the athlete is the speed of his movement across the field; the man understands the game instantly and heads the ball perfectly. He has demonstrated his features more than once during important matches. Thus, he was nicknamed Cheetah.

The future football player was born in the town of Laval in the summer of 1989. The boy grew up in a family of Gabon settlers, so it is difficult to identify his ethnicity. His future was predetermined since childhood, as he became a representative of the dynasty of eminent athletes. The boy's father, Pierre, was a defender of the Gabon national team; in the 1980s, he moved to France and began to play for French clubs, and completed his career only in 2002, getting a job of a Milan talent scout.

The fame of his father allowed his sons to play for different teams because the man supported the boys’ love of football. Aubameyang’s older brothers played for the Italian FC Milan; one of them was a defender of the Gabon team until 2007.

Pierre-Emerick came first on the field at the age of 6, and the boy immediately realized that it was his vocation, so he trained during his childhood. He studied well at school, but left it at the age of 15, because he preferred to spend this time on personal training.

Aubameyang’s youth career included such teams as Laval, Bastia, Nice, Rouen, and others. And at the age of 18, he joined A.C. Milan's youth team and almost immediately began to show excellent results. At the Champions Youth Cup, the footballer played six matches, scoring seven goals. The young man was noticed by representatives of other clubs, which contributed to his transfer to a new team.

To be more accurate, he was loaned out to Dijon, the Division 2 team, and played only for one season there, during which he managed to take the field 39 times and scored ten goals. Then he received the first invitation to play in the Italian youth team, but the player refused. However, in 2009, he played for the Gabon national team. And later, he represented the country at the African Cup of Nations and the Summer Olympic Games.

Since the contract with the Italian Milan was valid, he was loaned to the French club Lille for the 2009/2010 season. There he scored the first goal in the match against Monaco, then participated in 23 more games and scored only one goal for the team. FC Monaco became interested in the highly-skilled athlete, and subsequently, he also played there for one season, scoring two goals.

But for the next three years, he played for the French FC Saint-Étienne, with which Pierre-Emerick signed a permanent deal. The guy quickly got into the first team; however, the first year was less successful, but the same cannot be said about the next two seasons, which brought the first significant trophies.

In 2013, the German club, Borussia Dortmund, bought the talented athlete from Milan, and the man played for Dortmund for the next five seasons, until 2018. The player scored 121 goals in 213 matches. And in early 2018, the London club, Arsenal, signed the player for € 64 million, so he ended the season in a new team. Aubameyang made his debut against Everton and scored the team’s fourth goal. During the 2017/2018 season, Pierre-Emerick scored nine more goals, and his result was 31 goals in the next season.

There is little information about the private life of the famous football player. However, fans know about the man's wedding, which he celebrated with his childhood friend Alysha.

In 2011, his wife gave birth to a son, and the first-born child was named Curtys. And in 2016, the family had the second kid; the boy was named after his father, Pierre. The footballer’s Instagram profile has many photos of his family.

Aubameyang continues his career in sports. As of 2019, he is a member of the Arsenal club, wearing the number 14 T-shirt. In August of the same year, the man played in the match against Newcastle United, and his team won 1-0. Every person, who has seen Pierre-Emerick's play, notices his agility and speed, although the player’s height and weight are not small (6.13 ft. (187 cm), 176.37 lbs. (80 kg)).

Aubameyang’s contract with Arsenal expires in 2021, the club’s management is negotiating with the player, as well as with the team’s forward Alexander Lazakett, to continue cooperation on a long-term basis.

Pierre-Emerick Aubameyang has a net worth of €12 million.