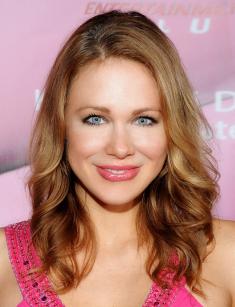 The future artist was born on February 3, 1977, in California; she was the only child in the family. There is little information about Ward’s parents and other relatives.

Maitland was an artistic girl and took an interest in acting early; she wanted to appear in something like the comedy Lizzie McGuire. Nevertheless, the parents did not allow her to work as an actress until the young woman turned 16.

After graduation from school, Ward continued her education at The California State University and then began to study drama at New York University.

Ward’s mainstream career started with the soap opera The Bold and the Beautiful. TV viewers loved her Jessica Forrester; the high-school student actress looked convincing and natural on the screen. The very first project gave Ward the Young Artist Awards.

The beginning actress’s career was developing quickly. She was invited to episodes of popular series, such as USA High and Home Improvement, and received another lead part in 1998. Boy Meets World was immensely popular and brought Maitland recognition in the whole country and beyond. She personified Rachel McGuire, the friend of Topanga and Angela.

In the 2000s, the audience could see the actress in the romcom Dish Dogs, the drama series Boston Public, and White Chicks. Anne Dudek was Maitland’s stage partner in the latter project.

An episode in the 2007 series Rules of Engagement is Ward’s last work on television so far. Rumors had it the artist was going to participate in Game of Thrones, but it never happened.

As long as the actress quit mainstream cinematography, she found a new hobby: cosplay. She debuted with the costume of slave Princess Leia and became a regular participant of Comic-Con shows, including the event in Los Angeles Convention Center. Her outfits usually include extremely little clothing, transparent fabrics, and much body paint. Fans remember her interpretations of Red Sonja and Jessica 6 (Logan’s Run).

Maitland is a popular figure on social media: she frequently posts selfies and photos in lingerie or a swimsuit on Instagram and Twitter. She began to do so in 2013 and multiplied the number of her fans quickly. Offline appearances were also much spoken about: for example, the woman was wearing a see-through dress on the red carpet in 2014.

The celebrity prefers to keep her personal life secret and rarely speaks about it in interviews. She is married to a real estate agent Terry Baxter; the wedding occurred in 2006. The couple used to live in New York until 2009 and then moved to LA. The spouses have no kids.

Today, Maitland Ward continues to share sexually explicit photos on her Instagram and Twitter. One can also learn the latest news there: for example, the star has recently gained more than a million followers and thanked her fans for that. New projects are announced there, too.