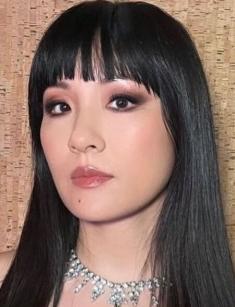 Constance Wu who was born on March 22, 1982 is an American television and film actress. She is famous for portraying Jessica Huang in ABC's sitcom Fresh Off the Boat and Katie Buranek in Amazon Prime Video's action thriller The Terminal List, where she starred alongside Chris Pratt.

The actress hails from Richmond, Virginia. Her parents were Taiwanese immigrants who came to the USA in pursuit of a better life. In her interview for The New York Times, the actress mentioned that her paternal grandparents were illiterate farmers who didn't have access to education. Constance's father has been passionate about science for his whole life, and ended up teaching biology and genetics at the university. The actress' mother works in the IT industry. Constance also has three sisters. She started acting in a local theater when she was a high school student. After her graduation, the actress studied acting in New York.

The future television sensation began her career as an actress by appearing in independent movies, including Zal Batmanglij's drama mystery Sound of My Voice. In 2006 Constance landed her first role in the drama film Stephanie Daley. Besides independent cinema, she has appeared in episodes of several TV shows, including the legal drama Law & Order: SVU and science fiction series Torchwood. The actress's breakthrough came in 2014, when she was cast as Jessica in the ABC comedy series about a family of Taiwanese immigrants titled Fresh Off the Boat. The show is based on Eddie Huang's bestselling memoir with the same title and lasted for 6 seasons.

Constance prefers to keep her love life private, but we know that she is in a long-term relationship with rock musician and screenwriter Ryan Kattner. Despite being often referred to by news media as her husband, Constance and Ryan are not officially married. In 2020, the couple became parents of their first baby. The actress has recently finished writing a memoir, which will be released in October 2022. Constance is also a huge animal lover and has a pet bunny that she often features on Instagram. The star speaks Mandarin, but with an American accent. She is also an activist and helps immigrants.

Since the beginning of her career, the actress has starred in 40 movies and television shows. Her selected filmography includes:

Constance's most notable awards include the National Board of Review award for her role in the romance comedy Crazy Rich Asians (2018) and 7th Indie Series award. The actress is a Critics' Choice Movie Awards, Dublin Film Critics Circle Awards and Teen Choice Awards nominee.