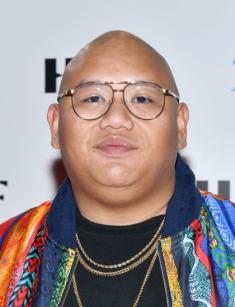 The 22-year-old actor is in the starting phase of his career, but he has already had a world-wide popularity and several successful roles in international movies. He is good at acting, and his career has just begun. Jacob’s role in Spider-Man made him a real blockbuster star.

The American actor was born in Hawaii; his parents are Filipinos. At the age of four, his family moved to Philippines. Jacob spent here his childhood and as a result, he understands Philippines language but can't talk on it.

Jacob studied at a private and Catholic school, after graduating the school learnt music theory in a college, but soon he denied this idea and dropped out. Jacob is an easy-going person, and this line of his character helped him to find a common language with an agent from scouting agency who found fresh blood in Hawaii. His agent inspired him to go to New York and study acting. Thus he continued his education in New York.

He fell in love with the profession of actor and at last could implement his creative energy. During his education on a two-year program, he went on his first audition – the supporting role in a Marvel movie. One of the primary demand for the actor was a believable playing a teenager. Jacob doesn't believe in success, but during the audition, he befriended with Tom Holland. The beginning friendship was apparent on the screen and helped Batalon to get the role. Later Holland and Batalon called each other brothers. The actor also played in the movie "Every Day" where he worked alongside Angourie Rice. Later they met working at marvel movies.

His first appearance was in 2016 when he played Cooper in the movie "North Woods." His debut on a big screen happened in 2017 where he played one of his most successful roles – Ned Leeds in marvel movies. He played the best friend of the main character, Peter Parker. He earned a reasonable sum of money, and his earnings are about $1 million.

The American actor hasn't got children and a wife. He prefers to keep his personal life in secret, that's why there is no information about his girlfriend. He is quite active in social network and has more than one million followers on Instagram and Twitter.