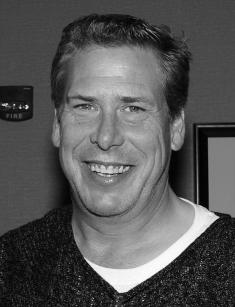 He was a child actor who garnered much popularity in the 80s after his appearance on covers of magazines, journals, and then on small screens. Later his activity widened, and he tried himself in directing and producing. In the last part of his life, the actor worked as a radio host.

Despite his acting career was far away and his level of popularity was minimal, he remained a vivid personality. People remembered his talent thanks to his appearances on TV series. The public appreciated his work as a model, as well as director and producer.

He had a comforting childhood with his family. He was raised by his mother and a father. Philip also had a younger sister who was two years younger.

The parents took him and his younger sister to the model agency at their early ages; that’s why they both had a particular childhood. They both proved to be very demanded and popular actors.

As to education, there is no information about what school and university he graduated from. As he worked since his childhood. It seems that the actor didn’t disclose whether he entered and graduated a college. His family always supported the actor.

As a child star, Philip found himself in the center of the limelight when he was four. His parents took him and his younger sister to the model agency. Being a talented and very cute Philipp became very demanded artist. He appeared on the number of commercials, worked as a model for magazines and journals. Soon he began episodically appearing on TV and stage performances.

The talent of the young actor attracted the attention of the actress Linda Lavin, who played the leading role in the TV series “Alice.” As a result, the little boy took the first serious work on TV. This work gifted him an exceptional experience. Philip worked alongside real professional and prominent celebrities, Celia Weston and Vic Tayback, among them.

The TV series lasted almost ten years; for that time, Philip gained wide popularity. That’s why when the project ended he remained to be a demanded actor. He appeared episodically on TV series and movies, among them “Sandman.”

In 1994 he also tried himself in directing and producing in the movie “Teresa’s Tattoo,” “Murder in the First,” and “The Young Unknowns.” By the 2000s, his interest in the industry began fading. As a result, he decided to retire.

In the 2000s, Philip began working on the radio in the news department and then as a co-host in the morning show.

The actor then and now

Philip was repeatedly nominated in the category “Best Young Artist” for his work in “Alice.” Even though he hadn’t received any award, those nominations prove his impact and talent in the entertainment industry.

Despite the fact that his screen career came to an end, last year, Philip found the means to communicate via the Internet. Thus, he was active on Facebook.

Rumors have it that his career as a star child brought him a good fortune. However, the exact amount of his money or salary has never been revealed. That’s why it is difficult to say what net worth the actor had.

Decades after decades, people wondered whether the actor had a wife. In fact, he hadn’t been married. All his life, the actor was alone. He resided in the cute and beautiful house and enjoined his privacy. Many people thought that he was gay, as, at the age of 55, the actor remained single. Even though he never confirmed his sexual orientation.

In his free time, he was an avid gold player and enjoyed horse riding. His height was 6 feet, 2 inches.

People remembered him as a social, kind, and loyal man with an exceptional sense of humor.

The 55-year-old actor died on December 10 in 2019 due to ling illness. Many artists shared their tribute to Philip, among them Charlie Sheen shared a touching tribute to the artist. The actors met on the set of “Amazing Stories” in the 80s.