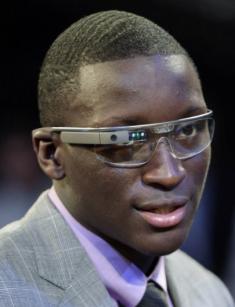 Born in Silver Spring, Victor Oladipo started a basketball career in NBA in 2013 as a rookie of Orlando Magic. He was chosen after Anthony Bennett. Over the years, Oladipo was playing for Magic in 2013 – 2016, for Thunder in 2016 – 2017, and joined Indiana Pacers in 2017. He plays at a shooting guard and point guard positions. Apart from playing basketball, Oladipo tried himself in music. In 2017 he released an EP, and a year later, he issued the album. In 2019 he participated in The Masked Singer. Oladipo has a net worth of $40 million, including all of his properties and earnings. He doesn’t have a wife or children.

The birthplace of Victor was Silver Spring, an unincorporated area, census-designated place, and edge city inside the Capital Beltway, near Washington, D.C. He was born to his mother, Joan Amanze, and father, Christopher, on May 4, 1992. They were both African immigrants but worked in Maryland as a nurse and a head of public health. By the time of Victor’s birth, his parents brought up two daughters, Kristine and Kendra. So, Victor and his twin sister, Victoria, became the third and the fourth children in a family.

Oladipo started his basketball career at St. Jerome Academy in his native state. Then he played for DeMatha Catholic High School and led his team to the city’s title and top places in state conference. On the eve of graduation from high school, Oladipo was ranked in the top 50 shooting guards in his class by various broadcasts.

In 2009 Oladipo made an official visit to Indiana University Bloomington. After that, he informed its staff that he was ready to become a Hoosier. The player told Inside the Hall of his decision:

“It was official today. It just felt like it was perfect for me. The atmosphere and how Coach Crean leads his workouts. How they practice at a high tempo and do everything at a high energy type of level. That’s definitely how I play and how I practice. I just felt like that’s where I belong. Indiana has wanted me since December. They’ve been consistent with me. They kept telling me how much they wanted me and coming to all of my games. They wanted me the most. And I felt like that was a sign saying, you need to go there.”

In his freshman year, Oladipo appeared in 32 season games; however, he started only five of them. He scored 7.4 points, 3.7 rebounds, and 1.1 steals on average per game. He improved his college stats just in his sophomore year, where he led his team to the NCAA tournament. The Hoosiers were beaten in the best sixteen. Thanks to his outstanding game, Oladipo was recognized as the main IU’s player.

Comparing Oladipo’s stats of 2011-2012 season with his freshman stats, it was clear that the player made a large step in his career. He started 34 of 36 games, scoring 10.8 points and 5.3 rebounds for 26.7 minutes per game. In his final collegiate year, the player started all 36 matches, earning 13.6 points and 6.3 rebounds per game. Oladipo set an Indiana single-season record in steals (78) while leading the Big Ten in field goal percentage and steals. That year Victor was recognized as the best player of the year, the best defensive player, and was named to various first-teams.

On April 9, 2013, Oladipo announced he would forgo the college and enter the NBA Draft. Although his college stats were not the most outstanding, his game allowed him to hope for the top ten picks. Oladipo was selected in the first round (second overall) by Orlando Magic. On July 7, 2013, he signed a two-year rookie $9.74 million contract, and joined the Southwest Airlines Orlando Pro Summer League the same day.

In his rookie year, Oladipo scored his first triple-double and was named to All-Star Weekend, playing the Rising Stars Game. Victor was named to NBA All-Rookies First Team and took the second place in voting for the best debutant. In October 2014, Orlando exercised a $5.19 million option on Oladipo’s contract for the 2015-2016 season. Recovered after a facial injury, he spent several 30+ points games and was named to All-Star Weekend second time in a row.

Oladipo played the Rising Stars Game and participated in the slam dunk contest, where he was beaten by LaVine. All in all, Oladipo spend 224 games for Magic in 2013 – 2016, scoring 15.9 points, 4.3 rebounds and 4.0 steals per game.

Orlando didn’t qualify for the playoffs those years, and in June 2016, Victor moved to Oklahoma City Thunder. The sides signed a four year $85 million contract. Although the player started 67 of 67 played games and spent five playoff games in 2017, scoring 10.8 points and 5.6 rebounds, Oladipo was not in the head coach’s plans for the upcoming season.

Just a year after a trade from Magic to Thunder, the Maryland native was traded again. On July 6, 2017, he joined Indiana Pacers and became its leader from the first games. Starting all of his games, Victor regularly entered the highlights of the game weeks with his 30+ points and incredible dunks. Named to All-Star roster, Oladipo pleased the Pacers’ fans with a career-high 47 points in a game against Nuggets, with the playoffs and MIP Award.

According to basketball reference, Oladipo played 75 games in season 2017 – 2018 and reached 23.1 points, 5.2 rebounds, 4.3 assists, and 2.4 steals per game. However, the next season was unsuccessful for the All-Star guard. He missed several games in autumn, and on January 23, 2019, Oladipo suffered a season-ending right knee injury that required surgery. He underwent an MRI that revealed he had a ruptured quad tendon in his right knee. After 36 games, Oladipo was out for the season.

The music has always been a big part of Oladipo’s life, according to his interview with complex.com in 2018. He first started singing when he was a little kid in church. Oladipo’s mom made him start singing in church. As he got older, he never knew that he was really talented until probably like high school. Victor didn’t really start taking it seriously until his third or fourth year in the NBA.

In 2017 Oladipo released his first EP. A year later, he issued his debut album. At the same time, the player signed a deal with the high powered WME agent to represent him for projects in Hollywood. In December 2019, it turned out that Victor took part in the second season of The Masked Singer. It was Fox’s reality show, in which celebrities wore costumes to cover their identities, and a panel tried to identify someone who was singing in a costume.

The judges of the show were Jenny McCarthy, Ken Jeong, Robin Thicke, and Nicole Scherzinger. Almost two months, Victor was hiding in a suit of the Thingamajig, before he was revealed on the show on December 11, 2019, when the costume was taken off. Oladipo was eliminated from the competition during the semifinals. The panel had a few guesses about the Thingamajig’s identity. Ken Jeong (correctly) suggested Pacers guard, who he believed was the best singer in the NBA circles. Robin Thicke doubled down on his Montell Jordan prediction, while Nicole Scherzinger guessed Dennis Rodman.

During the show, Oladipo denied all the suggestions about his participant on the show. In October, he even claimed he had never watched The Masked Singer. However, a lot of viewers believed the Thingamajig character was Oladipo, who was one of the surprising vocal standouts of the season. His rendition of John Legend's Ordinary People, for example, was one of those you-had-to-see-it-to-believe-it TV moments of the year.

In December 2017, the mass media speculated that Victor was dating Bria Myles. Currently, there is no information about Victor’s relationships. Surprisingly, but Oladipo managed to make a small contribution to the political life of Indiana. On October 12, 2018, he announced his endorsement for Joe Donnelly in Indiana’s U.S. Senate race. It happened during a surprise appearance at a rally in Hammond, alongside the Democratic senator and former Vice President Joe Biden.

Although Oladipo was Maryland native, he said during his speech that he considered everyone in the Hoosier State his “adopted family,” because they believed in him when no one else did. The player closed his speech by telling the crowd: “Vote Donnelly.” His endorsement came the same night as a GOP fundraising dinner in Indianapolis, where Vice President Mike Pence expressed his support for other Republicans running in Indiana, including Donnelly's opponent, Mike Braun.