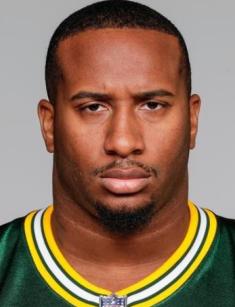 The Stratford-born, Michael Daniels started a football career in NFL in 2012, as a rookie of Green Bay Packers. The University of Iowa alumnus played for them in 2012 – 2018. In 2019 Mike joined Detroit Lions. He plays at a defensive tackle position. Mike’s brother Sean Daniels plays football for the Philadelphia Soul. Also, Mike is married and has children. His net worth is roughly estimated at $23 million, including all of his properties and earnings.

Mike’s birthplace was Stratford, a borough in Camden County, New Jersey. He was born there on May 5, 1989. At the high school, he was bullied for being "different". He liked anime, and it gave bullies another reason to pick on him. Mike gravitated towards anime because it was different, like him, and not many people were watching it. It gave him something to be proud of.

Once, Mike came home crying. His father didn’t like it and introduced his son to wrestling, baseball, and football to "toughen him up". Mike learned to take full advantage of his body and excelled at all the sports, in which he was involved. He played more than just football. He became the captain of his high school football team and participated in state athletics and wrestling competitions.

Daniels played several positions in high school as a football player. But he was able to show his full potential on the defensive tackle position. He was praised for being quick off the ball and knowing how to use his body frame to his advantage. The walls of Highland's weight room were once filled with the record lifts of former athletes. He recorded a 365-pound bench press, a squat in the low 500s and a clean press around 250 pounds – as a teenager.

Graduating from high school, Mike was not a coveted goal for college scouts. During a visit to the campus of Villanova, Daniels received his first scholarship offer, and he said he would have accepted. However, returning home from there, he received a call from Iowa coach Kirk Ferentz, who invited Mike to join Hawkeyes. The coach accidentally found out about the player, when he received a film of Daniels. He liked what he saw and made an offer.

Daniels visited Iowa and was sold. He gave the Hawkeyes coaching staff his commitment on the first night, saying Iowa football is “just hard-nosed, physical, tough people, and that’s exactly where I wanted to be.” Then he said:

“When you get a call from someone like Coach Ferentz, he’s a legend. You can’t turn something like that down. Honestly, I don’t know why anyone didn’t know about me in high school, but I’m just happy and blessed to be here at Iowa.”

Mike sat out his freshman year due to redshirt rules. He finally got his chance in his sophomore season, which he ended with ten tackles in 13 appearances, made eight starts at defensive tackle. He became a surprise contributor to a Hawkeyes defense that leaded the nation in fewest yards allowed.

He recorded 11 tackles for loss and four sacks. In 2010 his 7½ tackles for losses in four games was one more than the total for the remainder of the starting front four. The same year, Mike was named honorable mention All-Big Ten by league coaches and media. In 2012 he declared for NFL Draft.

According to NFL Combine report, Daniels was quick off the ball and used his small frame to work between blockers. He had the instincts to understand schemes and work against them, and he was strong enough, despite his relative lack of size, to engage and then shed a blocker to burst to the play. He was flexible and an overall active interior player.

Daniels became a fourth-round draft pick (132nd overall) of the Green Bay Packers. The franchise’s coaches first noticed Mike a year earlier, when a trio of Iowa fellow defensive linemen was preparing for the draft. On May 22, 2012, Mike signed a four-year $2.4 million contract. In his first four seasons, Daniels spent 62 games, made 136 tackles. On December 14, 2015, he signed a new contract with Green Bay. It was a four-year $41 million extension.

In 2016 - 2018 Michael was included in the list of the best 100 NFL players. His best rating was 84th. In 2017 he became the replacement of Rams defensive tackle to Pro Bowl, because of his injury. Daniels became just the fifth Packers defensive tackle in franchise history to be selected to the major seasons’ game.

In September 2017, Mike got injured. Having never missed a game due to injury in his first five NFL seasons, the defensive tackle wasn’t about to publicly accept defeat for the game against the Cincinnati Bengals at Lambeau Field.

“I’m always optimistic,” Daniels said despite not having practiced all week, having been forced out of previous night's loss at Atlanta on the opening defensive series after aggravating a hip injury he’d sustained in practice a few days before the game.

In December 2018, Packers placed Mike Daniels on injured reserve. The General Manager Brian Gutekunst announced that transaction. Mike appeared only in 10 Packers’ games in that season, earned 18 tackles. In summer 2019, the veteran defensive lineman was cut by Green Bay in a surprise move after spending more than seven years with the club. The Packers had been working on trading Daniels to the Cleveland Browns, New England Patriots or Buffalo Bills, but couldn't execute a deal. Then Brian reported:

“We want to thank Mike for his tremendous contributions on the field, in the locker room and in the community over the last seven seasons. His incredible work ethic propelled him to be a standout player during his time in Green Bay. We wish Mike, his wife, Heaven, and their entire family all the best.”

The NFL rumors connected the novice free agent to the Chicago Bears, Dallas Cowboys, and Kansas City Chiefs. However, on July 26, 2019, just two days after being released, Daniels agreed to a one-year, $9.1 million contract with the Detroit Lions, received $7.8 million guaranteed along with $300,000 total in per-game roster bonuses.

Also, the deal included up to $1 million in incentives tied to Daniel’s playing time, sack total, and the Lions' success. As he was slated to make $8.1 million in 2019, his move to the Lions essentially came with a $1 million raise.

However, in the first week of August, the former Packer didn’t take part in the team’s work joint practices with the Patriots. He the game against them, but assured that would be back in a week. Mike had done only individual work with the Lions since signing with them in late July. The player and the club didn’t explain the reasons for Daniels’ absence. However, he said that his recent foot injury wasn’t a reason.

“I’m ready to go. I’m ready to go. But like I said, it’s just a matter of being smart. I’ve been through plenty of camps in my career, and not saying I don’t want to get the work, which is why I’ll be out there next week, but it’s just being smart. As you get older, you have to be smart. You can’t just beat yourself into submission every day, which is what I prefer to do.”

In 2018 Daniels starred in a documentary titled He Was Anime, a movie about how the genre influenced his life and the lives of those around him. The anime streaming service Crunchyroll created the short 11-minute movie. Daniels' parents weren't the only people he had influenced with his love of anime. His wife and their children also became the avid watchers, enjoying various shows.