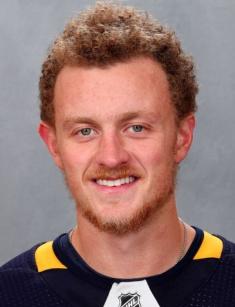 John Robert Eichel is an American ice hockey player of the team Buffalo Sabres of the NHL. He holds the position of a center, which is considered not only as attacking but also good at defense. The sportsman's real name is John, but as a kid, he got the nickname Jack, and since that moment, he was always called by that name.

John Robert Eichel was born in Massachusetts in 1996 to Anne and Bob Eichel. His family was very hard-working: his mother worked as a nurse at Boston Medical Center, and his father had long shifts at FW Webb. That is why young Eichel knew that he needed to work hard to achieve his dreams. Since childhood, he had training and diet regiment, which were strict. By the way, the boy's relatives did not give him much endorsement at the start. Jack also has a younger sister, Jessie, although maybe he always dreamed about a brother who would play hockey with him all the time.

In 2012–2014, Eichel joined the USA Hockey National Team Development Program, and during his second season, he gained wide recognition for his play. After that, he decided to sign a contract and enter the Boston University Terriers men’s ice hockey program.

In 2015, Jack turned out to be the second of the freshmen who won the Hobey Baker Award, the previous sportsman with the same achievement was Paul Kariya in 1993. Also, in 2015, Eichel was selected by the Buffalo Sabres in the NHL Entry Draft.

At the age of only 15, Eichel was a representative of the U. S. at the Winter Youth Olympics in 2012. Next year, he, with the Team USA received a bronze medal at the World U-17 Hockey Challenge and a silver one at the IIHF World U18 Championships.

On July 1, 2015, Jack, with the help of his agent, Peter Fish, signed a contract for the next three years with the Buffalo Sabres. In August, he signed with the Bauer Hockey, the company that provides sports equipment. That contract meant that the firm would give Eichel its apparel, and he would wear only its collection.

In October that year, Eichel had his first goal against the Ottawa Senators and turned out to be the first youngest player of his team who did that. He finished this beginner's campaign with success (24 goals and 56 points) and became the team's top scorer. In autumn 2016, Jack sprained his left ankle, and he had to miss the first two months of the next season. That year he finished with 33 assists and 24 goals.

In October 2017, Eichel signed a contract with the Sabres for the next eight years, and that got him an annual salary of $10 million, so his net worth should be over $80 million after the contract’s expiry. Next year, before the season, he changed his jersey number from 15 to 9, and it was the same that he had at his college. The number 9 was occupied by Evander Kane previously, but he was traded to San Jose, so it became free.

Eichel was also called a captain of the team, and in January, he was chosen as the representative of the Sabres for the NHL All-Star game that turned out to be his first game of that kind. In February, Jack played against the Boston Bruins and got an ankle sprain again. 15 games passed without him, and he returned to help the team to win over the Chicago Blackhawks, which was the first time since 2009. That season Jack finished with 39 assists and 25 goals.

In 2015, it was announced that Jack has been dating Erin Basil. They met when Eichel was studying at Boston University. Unfortunately, it is unknown whether he is still with his girlfriend. His Instagram page has too little photos, only eight, and none of them includes Basil.

During his amateur career, Eichel was named the Player of the Year and First Team Hockey East. Later, he received NHL All-Rookie Team and NHL All-Star Awards.