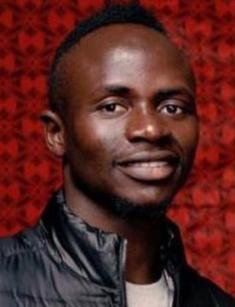 Senegalese winger Sadio Mané is famous among sports fans. During his career, the player has managed to play in various football clubs, including world-famous ones. The guy has won significant awards together with the teams, as well as acquired individual achievements. Since childhood, he dreamed of becoming a professional sportsman, which he perfectly managed to realize. His estimated net worth varies from $ 20 to 24 million.

The future footballer was born in the Senegalese city of Sédhiou in April 1992. He is a Senegalese by nationality. As a child, the boy moved to the small village of Bambali, lived with his family in a small house, sharing a home with nine other people. Among them were brothers, sisters, parents, and an uncle. His brother Malick Mané later became a football player.

The head of the family worked as an imam at the local mosque. The family was constantly short of money, so the adults dreamed that each of the children received an education and could go to work. Since childhood, Sadio gravitated towards football, being a kid, kicked the ball with the local guys. When he grew up, he watched the game of professionals on the TV screen, imagining himself in the place of the world's football stars. He decided to play sports seriously in 2002 when Senegal reached the quarterfinals during the World Cup.

Parents had a negative attitude towards his son's passion, who had already skipped classes, and now intended to leave school to move to Dakar and try his luck there. The boy was persuaded to end the school year. The whole village collected the money for his move to the capital.

To get at the Académie Génération Foot, Senegalese football academy, the boy had to undergo a test. Without the right shoes and clothes, he went there in torn boots and old sports pants. This appearance immediately attracted the attention of coaches and other young sportsmen, but Mané managed to prove himself and successfully passed the selection.

For the time of training, Sadio settled in a strange family, which has no problem to take the guy in. The next couple of years passed for him in exhausting training, until in 2011 the scouts of the French football club Metz visited Dakar. They worked in Africa and helped children from low-income families to get into the big sport. As they noted then, Manet turned out to be the poorest and most gifted player. At the age of 17, the guy became the main winner of the youth team.

At the age of 20, Mané managed to join the first Metz team. The official debut in big soccer was held in early 2012 against SC Bastia. During the year, he managed to take part in 22 matches. In the season 2012/2013, he twice hit the gates of his opponents (Guingamp and Luzenac AP).

The young man's mother thought her son was training in Senegal. He only told his uncle the truth. After the call, the parents did not believe in what was happening for a long time and even suspected Sadio of cheating until they saw the sportsman on the TV screen. Living in France, Mané longed for his native village. He also got used to the local culture and climate for a long time. And the injury to his hip during the game did not allow him to train at full strength, for the same reason he missed a couple of important games.

Despite this, six months spent at Metz were an excellent start to the career of the sportsman. Thanks to this result, he even got a call to the Senegalese national team. Mané left the French league on the last day of the off-season transfer. The young player attracted the interest of the Austrian Red Bull, who offered €4 million for him. Sadio signed a contract for four years and moved to Salzburg.

In the new country, the player also felt uncomfortable, even further away from home. Not knowing the local language, he quickly became desperate. But the team's coach Roger Schmidt treated the newcomer with understanding and helped the guy as much as he could. The first season was a success, before the end of which the Senegalese managed to score 16 goals.

Sadio was the team's main attacking force in the next season. At the end of the summer of 2013, he scored his first goal in the European Cup. Then, from September to November, he scored nine more goals against the opponent, as well as proved himself in a friendly game against Bavaria. Mané performed a professional pass and goal, and thus, although unofficially, put an end to the unsuccessful series of Munich's goalscoring.

The incredible game of the talented sportsman attracted the attention of the heads of other clubs. In the summer of 2014, Swansea and West Ham tried to get him. The latter offered the player a significantly higher salary and a long-term contract, but the amount offered for him did not suit the representatives of Red Bull.

Next season the player started in the Austrian club, but in September, he had a transfer waiting for him. Thus, the new English team Southampton appeared in the player's biography. Initially, it was about a three-year contract. Already in September 2014, he went against Arsenal in the League Cup and then appeared in the Premier League. In total, in the season 2015/2016, Mané appeared in 37 matches and brought the team 11 goals scored.

Seeing an active game of Senegalese, the English club Liverpool decided to take over Mané by all means. With just over €40 million in cash, Southampton management let the player, who had signed a long-term contract with the Reds, go. Almost immediately, Sadio went on the field. His debut in the new team took place in August 2016 against Arsenal. And he quickly scored a goal against the opponents. The first hat-trick for the new team the player scored in the winter of 2018. And in May of the same year, he became the first Senegalese to score a goal in the Champions League final.

In 2018, at the initiative of Zinédine Zidane, Real Madrid tried to get Mané. The coach personally called the player and discussed his plans. However, this deal was never made, the main reason for this was the leaving of Zidane from Real Madrid.

The successful sportsman is not in a hurry to have a wife and children. At least such information regarding his personal life has not appeared on the Internet yet.

Probably, his strength is aimed at career development. The fact of whether the Senegalese man has a girlfriend is also unknown. On his Instagram, there are photos of games, training sessions, and pictures with friends. Therefore, it is difficult to understand how he spends time outside of training sessions and matches.

Mané continues to play football, playing for Liverpool at number 10. In addition to the right-winger, Sadio sometimes plays forward. The player is 5'9'' (175 cm) tall, weighs 155 lbs (70 kg), and has a right working leg. He has a high speed and excellent dribbling, is physically very strong and enduring. He attracts attention to the field and unusual haircut. The player prefers to shave his hair on the sides, leaving only the top part "untouched," so you get a hairstyle like a Mohawk.

In the summer of 2019, Mané was invited to participate in the Africa Cup games in Senegal. Already in the 3rd match, he scored two goals against the Kenyan team. In 1/8 finals, his team played for the right to go further with Uganda, and thanks to a single winning goal of Sadio, the Senegalese came out in 1/4.