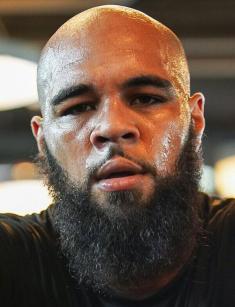 Keenan Alexander Allen, who was born on April 27, 1992, is an American football wide receiver. He is currently playing for the Los Angeles Chargers (NFL). His hometown is the city of Greensboro, which is located in North Carolina State. Keenan is of American nationality and mixed ethnicity.

Keenan Allen is an active football player. He is known for receiving many awards and achievements. By the way, Keenan got the NFL's Comeback Player of the Year award.

Raised in Greensboro, North Carolina, Keenan is a Lumbee. He was raised along with his younger half-brother Zach (they share the same mom, Dorie Maynard-Lang; Keenan's dad's name is Keith) and his stepfather, Scott Lang. In his childhood, Kennan had a friendship with David Amerson. While he studied at high school in his hometown, Keenan loved to play the piano. After completing his education there, he enrolled in college in California.

Keenan studied at the University of California, Berkeley, and played wide receiver from 2010 to 2012 for the football club known as the California Golden Bears. The 2012 season saw Keenan suffer a posterior cruciate ligament (PCL) sprain, which prevented Allen from working out at the NFL Scouting Combine but let him run routes during Cal's Pro Day. Draft experts rated Keenan as one of the top receivers available in the 2013 NFL Draft and predicted that he would go in the second or third round.

On May 9, 2013, Allen and the Chargers agreed to a four-year, $2.81 million contract that included a $613,800 signing bonus. Keenan had a career-high 10 catches for 135 yards in Week 4 of the 2014 campaign, helping his team defeat the Jacksonville Jaguars by a score of 33–14. The Chargers revealed on November 3, 2015, that Allen would miss the remainder of the season due to a kidney issue. Overall, he had 67 catches for 725 receiving yards and four touchdowns by the end of the 2015 campaign. He was voted 77th on the NFL Top 100 Players of 2020 list by his fellow players. He was nominated for the Pro Bowl for the sixth straight year. In the NFL Top 100 Players of 2022, Keenan was voted 35th by his fellow athletes.

Keenan's salary is about $16.5 million. Curtly, he is married to Ciandra Monique. They have been together since the end of 2012. Keenan has several social media accounts where he often shares pictures of himself and his family. By the way, Keenan has three children: Kamari, Kaliyah, and Kado. Keenan has a strong belief in the Muslim religion. When he has free time, Kennan loves to spend time with his wife and kids. By the way, he is a big fan of jewelry (he even has a custom golden grill that has about 300 diamonds on it).

Throughout his career, Keenan received the following awards: